Often, couples in the heat of the moment forget to use protection when having sex. It may not seem like a big deal that time but this error in judgement could have serious implications if things go wrong. Apart from sexually transmitted diseases, the chances of unwanted pregnancies are also very high.

This video showcases a story of  a young guy who has a one night stand without using a condom and later pays the price for impregnating the girl. Though presented in a funny manner in the form of a song, it still sends across the message loud and clear as how one mistake can have serious repercussions in your life. Hopefully, you will remember to use a condom the next time you have sexual intercourse not just when it is a stranger but your girlfriend as well.

Tips for a healthy relationship by a psychologist

Tried and tested ways to impress your date! 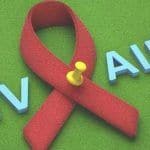