Home / Videos / Will you talk about sex if Ranveer Singh asks you to?

Will you talk about sex if Ranveer Singh asks you to?

World AIDS Day 2014 – The importance of creating awareness to tame this deadly virus cannot be neglected. As per statistics released recently, four in every ten Indian carries the virus with them. Awareness about the routes of transmission of HIV, the prevention measures to be taken, and the treatment to be followed has to be created among the mass. For this purpose, Bollywood actor Ranveer Singh has taken to media to spread awareness. In his 30 second video he speaks about the importance of talking openly about sex and not label an important issue like HIV/AIDS as a taboo. 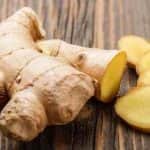