How this 34-year-old woman deals with Parkinson’s disease

There is a common belief that Parkinson’s disease affects only the elderly. However, this is not true as people from any age group can be a victim of this disease. In this video, Karen Rose, who was diagnosed with Parkinson’s at an early age of 34, talks about the impact the disease had on her life.

In the early ages, Karen’s father noticed that she was not walking properly and was also not able to swing her right hand. A year or so later Karen was in a car accident and noticed that she had started to tremor. This is when she realised that something was amiss. On visiting a neurologist, Karen was diagnosed with Parkinson’s disease.

Watch this video to find out about her battle with the disease and how she manages to live her life to the fullest. 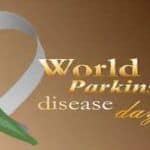