Home / Videos / Diabetic Retinopathy: All you need to know

Diabetic Retinopathy: All you need to know 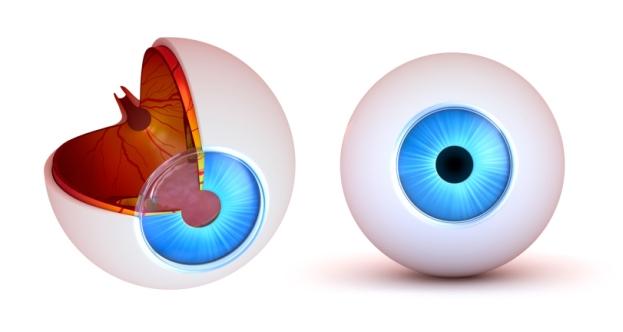 In diabetes, your body cannot regulate the amount of sugar (specifically, glucose) in the blood.  When uncontrolled, it can damage various organs. Diabetic retinopathy is damage to the retina (innermost layer of the eye) caused by prolonged and inadequate blood glucose control. The small blood vessels in the retina are damaged and weakened. The early symptom of eye problem related to diabetes is blurred vision and double vision. It can also cause a severe, permanent loss of vision. It also increases the risk of developing cataracts and glaucoma.

Dr Haresh Asnani, a retina specialist from Advanced Eye Hospital and Institute, Navi Mumbaitells us about its symptoms, causes, prevention and more.

What is the retina? How does it help us see?

The retina is like a camera. The light entering through the cornea of eye is focussed by the lens onto the retina. So retina is the layer which acts like the film in the camera. In short, it is the transparent layer right at the back of the eye. Retina contains light sensitive cells known as photoreceptors which receive the light and transmit this information to brain through optic nerves. The brain interprets this as a picture.

What are the common problems in the retina?

The common problems seen in the retina are diabetic retinopathy, age related macular degeneration, retinal vein occlusion (common in patients with high blood pressure), retinal detachment, retinal holes and tears, injuries to the eye involving retina, common problems of retina in children associated with genetic disorders and retinopathy of prematurity. Diabetic retinopathy is one of the most common retinal disorders that we treat now-a-days. As we know, India is the capital of diabetes of the world and some of the eye-related diabetes complications include retinopathy, nephropathy, and neuropathy.

In diabetic retinopathy retina receives less blood supply, a condition called hypoxia. Because of hypoxia the earliest changes seen are swelling and blood clots on the retina. These changes are called non-proliferative or background diabetic retinopathy. In advanced diabetic retinopathy there is increased blood clots and swelling affecting the patient’s vision. Diabetic maculopathy involves the centre of retina. The patient’s vision can get affected in the earliest stages of retinal maculopathy. If untreated, these conditions can progress into proliferative diabetic retinopathy, a condition in which there is bleeding from the retina (vitreous or pre-retinal haemorrhage) and blood vessels growing from the surface of retina invade the front part of the eye. This can be a very dangerous and fast progressing condition which requires surgical intervention in most of the cases. If not treated, it leads to end stage of diabetic retinopathy which is known as neo-vascular glaucoma. In this condition the intraocular (eye) pressure goes up due to blood vessels invading front part of the eye resulting in painful blind eye.

How do you diagnose these conditions?

In the early stages of diabetic retinopathy there are no symptoms. Few blood clots may be seen on the retinal surface. As retinopathy advances or diabetic maculopathy starts, a patient’s vision goes down. When there is bleeding from the retina, patients experience floaters i.e. a shower of black spots in front of the eye. When the proliferative stage starts, the blood vessels pull the retina leading to retinal tears and sudden loss of vision. There is a certain amount of pressure in the eye which maintains the eyeball in its shape and also plays a role in blood circulation in the eye. The normal intraocular pressure is 17-20 mm Hg. If it goes above that it starts pressing on the optic nerve and retinal nerve fibre layer and cause gradual loss of vision. End stage diabetic retinopathy results in unbearable pain due to rise in intraocular pressure.

Diagnosis of diabetic retinopathy has to be done at the earliest stage possible. After being screened for diabetes, the patient should have a baseline retina check-up. The tests done are optical coherence tomography (OCT) which shows thickness in the centre of retina and flourescein angiography which shows circulation of retina.

What are the treatments?

Intravitreal steroid injections or anti-vascular endothelial growth factor injections are given to control diabetic maculopathy. In early stages of retinopathy when there is ischemia (lack of blood) of retina, laser treatment is used. In later stages surgical procedure called vitrectomy (removing the blood clot filled vitreous from the centre of the eye) is done and then the retina is treated with laser. Then a gas or silicon oil is injected as a substitute to the vitreous into centre of the eye. Sometimes injections are combined with surgery when there is excessive bleeding in retina.

The single most important thing you can do to prevent long-term complications of diabetes is controlling your blood sugar. Keep an ideal body weight and an active lifestyle. Have a balanced diet, increase your level of physical activity and maintain a healthy weight to stay healthier longer and reduce your risk of developing complications of diabetes. 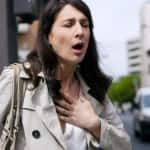