Vasectomy - nothing to fear this permanent birth control method for men

In this post we address all the fears a man could have about a vasectomy and tell you exactly what it will involve. 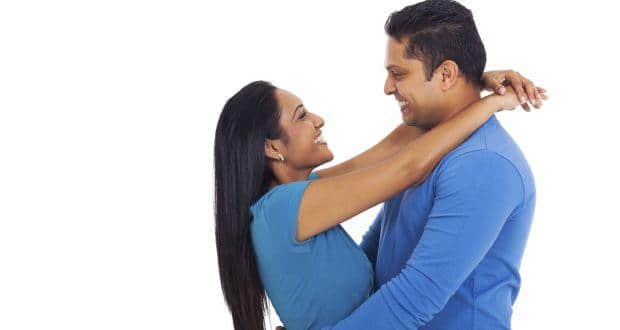 Richa and Rajesh had been married for ten years now, and have two beautiful children. They did not want to have any more kids and enjoy sex without the fear of an accidental pregnancy. While Richa did try contraceptive pills for some time, it was not a sure-shot method to avoid a pregnancy and did not suit her. Moreover, Richa and Rajesh wanted to enjoy their sex life unhindered. Rajesh then heard about a procedure called a vasectomy that guaranteed permanent freedom from unwanted pregnancies, and decided to get one done despite all the myths surrounding the procedure. In this post we address all the fears a man could have about a vasectomy and tell you exactly what it will involve.

A vasectomy is a permanent birth control measure performed on men. This procedure prevents the passage of sperm from the scrotum to the penis, thereby preventing the possibility of a man impregnating a woman.

After having a vasectomy a man can sustain a healthy erection, ejaculate and orgasm just the way he used to before the procedure. The only difference being that after a vasectomy he will not be able to impregnate a woman and have children. It does not affect a man's masculinity in any way what-so-ever either, as it does not affect any of the testosterone producing areas in his body. (Read: Gallery: Contraceptives the different ways to prevent unwanted pregnancies)

A vasectomy is performed under local anaesthesia. It is a quick procedure that takes about thirty minutes in totality to perform. First the man's genitals will be cleaned and shaved. The scrotum will then be cleaned with an antiseptic solution. A local anaesthetic will then be applied to the area so the man does not feel any pain. He might feel a slight pulling sensation though. Then the doctor will create a small cut in the scrotum where the vas deferens (the main tubule that carries sperm from the testis to the urethra) is present. He will then insert a tiny forcep and remove a small portion of the vas deferens. The tubes are either tied or cut and sealed using a cautery (the ends are burnt to seal them shut). The cut tubes are pushed back into the scrotum and the incision is closed with a few stitches. The patient is then allowed to go home after observing him for any signs of bleeding or other side effects. (Read: Imagine a world without unwanted pregnancies)

There are other ways to perform a vasectomy, namely -

What precautions should be taken after the procedure?

After a vasectomy a man may go home after a few hours. Initially, he should lie down flat and apply cold packs to his scrotum to help reduce the swelling and pain in the area. He should allow approximately three days for the wound to completely heal and avoid lifting heavy objects for at least a week after the surgery. If his job does not involve any heavy lifting he may return to work immediately. Wearing supportive underwear also helps in faster recovery. He should avoid sexual intercourse until the wounds have healed, after approximately one week. It is important to note that a man is capable of impregnating a woman even after a vasectomy. This is because he will have some residual sperms in his urethra (a tube that runs within the penis and is used to discharge sperm and urine in men). Therefore one should use adequate protection like a condom while having sex for at least two months after a vasectomy.

What are the possible complications of the procedure?

There are very few and rare complications that might arise out of this procedure. One of the most commonly seen is an infection of the incision site, which causes some pain and swelling in the area. This can be easily treated with a dose of antibiotics. Other complications include congestion of sperm in the testicles, leakage of sperm from the vas deferens into the scrotum and finally the growing back of the vas deferens, reversing the surgery. All these complications are often easily managed and treated.

So will the man stop producing sperm after this surgery?

Why should a man opt for this form of permanent birth control?

A vasectomy is a much simpler, shorter and less painful method of achieving permanent birth control for men, when compared to a woman. This is because their sperm production mechanism is much more easily accessible than a woman's fallopian tubes. In the case of a woman, she will have to undergo a tubal ligation or tubectomy , which is a far more painful and complicated procedure. It also requires a woman to spend at least a day recuperating (since it is performed under general anaesthesia) and can have serious complications as a woman is more prone to infections due the seriousness of the procedure.

How much does it cost in India and where can a man have it done?

A man can have a vasectomy in either a private or government hospital in the country. At a government hospital a vasectomy is performed for free and the hospital receives Rs 1300 from the government for opting for the procedure. They are not to charge the patient for any material used and provide him with medication, dressing for the wound and other ancillary services for free. In case a man does opt to have the procedure done at a private facility that is accredited by the Government of India, he is entitled to their cashless facility but will not be given any money as compensation. A man will receive what is known as a 'motivator's component' from the government if he goes for the procedure on his own.

Recently the Ministry of Health and Family Welfare [1] under the aegis of the Government of India has passed a decree, increasing the amount of compensation for men undergoing a vasectomy from Rs 800 to Rs 1500, in an attempt to increase the number of men opting for the procedure. (Read: Birth Control: Dos and Don'ts)

How can a man go about having a vasectomy at a government or private hospital?

If a man does go to either a government or private hospital to have the procedure the hospital will ask him to fill out a requisition form for the procedure. This form is available at the CMO's (chief medical officer) office in every government run establishment. This form is then used by the hospital to claim the compensation given by the government for performing a vasectomy. In case a man wishes to go for the procedure on his own (is self motivated) he may pick up a form from the CMO's office and submit it to the hospital. This will ensure that the man receives the 'motivator's component' that is due to him.

Every government hospital and family planning center will have all the information one needs. According to government guidelines every center must have a medical counselor to aid patients in making an informed decision. One can look for the closest government hospital or center near their home.

Finally, a vasectomy is permanent procedure. Although there have been cases of it being reversed, it most often cannot be done. Therefore, it is important that one be sure before opting for the procedure.

For more articles on sexual health, visit our Sexual Health section and for videos check out our YouTube Channel. Don't miss out on the latest updates. Follow us on Facebook, Twitter and Google Plus.