Footloose No More has helped Indian singles (including its founders Varsha & Abhishek!) find their soul mates in the most fun ways. 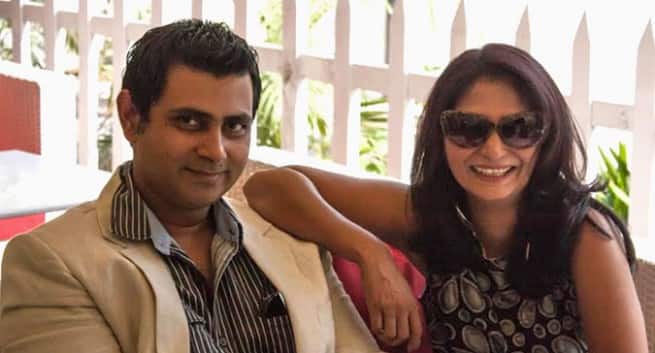 Before Tinder, OK Cupid and other dating websites and dating apps came into being, in 2008, founders of Footloose No More, Varsha and her brother, Abhishek, were single, in their 30s and had no hopes of finding someone and getting married, according to their friends. Where would they find someone at this age? Varsha and Abhishek, in Varsha s words, were the typical displaced Indians. They came from a small town, Kanpur, went to a boarding school in Nainital, attended college in Delhi and then moved to Mumbai for work. Their lifestyles and thinking had changed over the years. The thought of going for an arranged marriage and relying on a marriage broker like a chacha or maasi to set them up for life with a stranger wasn t acceptable to them. Also Read - Don’t forget to ask your partner's blood type before tying the knot

Someone even suggested Abhishek join a salsa class so he could get to meet girls. He promptly dismissed the idea, worried he would drive the girls away with his terrible dancing. The thought of joining matrimonial websites made Varsha nervous because there was the scope of fake profiles. Just when things were beginning to look bleak, Varsha and Abhishek thought of an idea that helped thousands of singles including themselves find their soul mates. We spoke to Varsha Agnihotri Vadhyar about their unique venture, Footlose No More. Also Read - Premarital views about uncommitted sex effects marriage : Report

What was the idea behind setting up Footloose No More?

When were single, we couldn t believe that there were no other single people with the same kind of lifestyle and thinking like us that we could meet in the city. We realised the problem was that we didn t know where to meet them. So one night, we decided to start a Facebook group called Footloose No More where singles could connect with and meet other singles at a particular place. We asked our friends to join the group who then got their other single friends to join.

Within three days we realised it had grown into a movement. It became popular quickly because nothing like that existed in India then. We were surprised to see a whole lot of people from different professions wanting to join our group. The communication was simple, if you are single and want to hang out with and connect with other singles, come on and join us. Within a week, we had 300 members and then we had our first event in Mumbai. Within a year, we had launched our website complete with a thorough verification process. Now, we have over 5000 members.

Can I join Footloose No More?

Yes, if you are decent! We personally verify each and every member who wants to join. The criteria are simple you need to be single, decent and have the intention of meeting someone interesting. We ask for government issued ID proofs to ensure authenticity. This is strictly not for hook ups. You can register on our website and fill in the details and wait for us to verify and accept membership.

What happens after I have become a member? How will I meet other singles?

We have events every month in cities like Mumbai, Pune, Delhi and Bangalore that you can attend. Our events are great fun and cater to different likes and tastes. So there are corporate brunches where people in the corporate sector can join and meet other people from their field. We have creative and performing arts events where you can come if you re a poet, painter, musician or singer and showcase your talent and meet other like-minded singles. This can also serve as a great platform to promote your talent. There are fun sangria-making events and movie nights. For those looking for adventure, there are even treks. For those into sports, we have cricket and football matches. Our upcoming events are speed dating nights in Mumbai and Delhi. We also have a Christmas brunch. The best part about this is that you can bring your family for the brunch. There have been standup comedy events, where we have invited professionals to perform but where even members have performed.

In July, we are off to a luxury one-day trip to Ladakh. We also plan to organise shopping trips in the future. Among other things, we can assure you, you ll definitely make friends when you are at our events. In fact, we have had two male members who met at one our events, who became friends and launched a restaurant together!

How many happily-ever-after stories have you witnessed?

Oh, there are plenty! Last week, there were 3-4 marriages of our members. A 25-year-old corporate girl got hitched with another 28-year-old corporate guy. Another wedding was that of a guy who had vowed never to date or marry anyone with a kid. He is now getting married to a single mother. He says when he met her, everything was so right, nothing else mattered! Once a 25- year-old had escorted his widowed mum to an event. She had lost her husband 24 years ago and had spent all those years looking after her son and working. And now that she was about to retire, he was worried that she would be lonely. He said, if nothing, she would at least make friends. At the event, she met a gentleman who had lost his wife and whose kids were abroad. They got married last week! The best part about my job is that I witness so many heartwarming stories like these!

So you get to attend a lot of weddings

Absolutely, across the country! Many of our members invite us for their weddings. We try to go to all of them. At one wedding, the father of the bride held our hands and thanked us for getting his daughter and her husband together.

How did you and Abhishek and meet your spouses?

Abhishek met his wife, Dali at our third event within three months of starting Footloose and, within six months, they were married! They both come from different professional backgrounds and had no chance of meeting each other. It was only because of our Footloose event that that was possible.

My husband Prashant and I had a similar story. Prashant, a music composer was brought along to our event by his friend about two years after we set up Footloose. Within four months of our meeting, we were married! Today, we stay happily with our kids.

Since you began Footloose in 2008, what do you think has and hasn t changed when it comes to dating, relationships and marriage in India?

1) When we began Footloose, people hesitated to admit that they were single and looking for someone. You were called desperate if you did that. We have had to make people understand that it is ok to be single and to want help to meet someone. Now people know and understand that.

2) In India, a date is always a means to an end. Casual dating is still not popular. Indians, especially those in their late 20s and 30s, want to date, but they want the dates to culminate into relationships and ultimately, marriage.

3) People are way more willing to ask each other out. They don t shy away from doing that if they find someone interesting.

4) I find that Indians want to get married more than they did earlier. They are more open about admitting it. They don t pretend that they don t want to. They want to find the right person and settle down.

5) Approval and acceptance of parents still play a very important role in relationships. That hasn t changed at all.

Here's why you shouldn't have sex on the beach 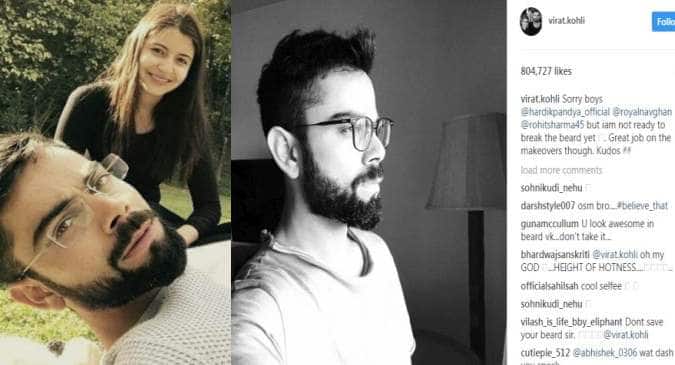 While Ravindra Jadeja and others take the #BreakTheBeard challenge, here's what Anushka Sharma wants Virat Kohli to do