Is Pinki Pramanik male or female? The answer isn't that simple! 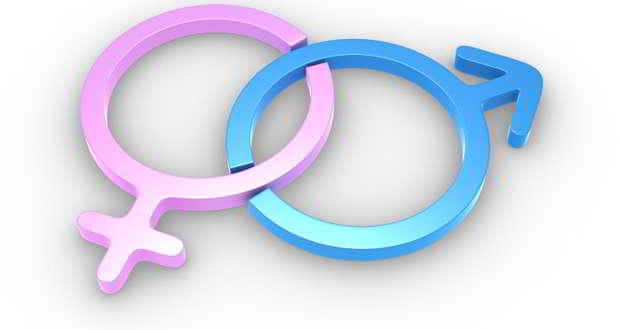 Although we're waiting for the results of the sex determination test that'll determine Pinki Pramanik's gender, gynaecologists of are of the opinion that though her condition isn't rare. Experts are of the opinion that 3% babies born around the world have ambiguous genitalia (male and female characteristics). Normally, when such cases are detected early and hormonal treatments are given to suppress the weaker sexual identity and bring out the more prominent one. It isn't as easy as just looking at the genitals and declaring a bay male or female.

There are various ways to determine the sex of a child

1) Genotypically By studying the genes and looking at the chromosomal structure. Males have XY chromosomes and females have XX.

3) Psychotoypically Here the chromosome structures are usually mixed and the doctors try to determine whether the subjects consider themselves males or females. There are lots of unambiguous individuals who consider themselves to be of a member of the opposite sex in their own heads (like a man trapped in a woman's body) even for people who are biologically 'male' or 'female'.

And finally there are true 'hermaphrodites'; individuals who have both sets of genitalia. Doctors feel that Pinki could either be a hermaphrodite (who has both ovum and testis) or be part of the third category. Doctors who have closely followed the case believe it's not as simple as simply as checking her genitalia. It's quite possible that Pinki might have female features with male overtones which might mean that an enlarged clitoris will look like a penis. It's a syndrome quite common in female bodybuilders who load up on steroids (artificial testosterone).

Experts are of the opinion that in both mixed chromosomal and hermaphrodite cases, the true sexual identiy can be determined through chromosomal analysis or through gene mapping. This is called karyotyping and it takes at least three weeks before the result is out because a thorough gene culture is done.

Doctors still don't know what causes the chromosomal or hormonal imbalance that leads to ambiguous genitalia.

Exposed To COVID-19 Virus? Here's What To Do Next