Home / Sex & Relationships / Independence Day Special: Is sexual freedom too much to ask for?

Independence Day Special: Is sexual freedom too much to ask for?

In most parts of India, urban or rural, sex is an absolutely taboo topic. No one wants to talk about it or discuss it. It’s as if 25 million babies simply drop from the sky every year to bolster our population. 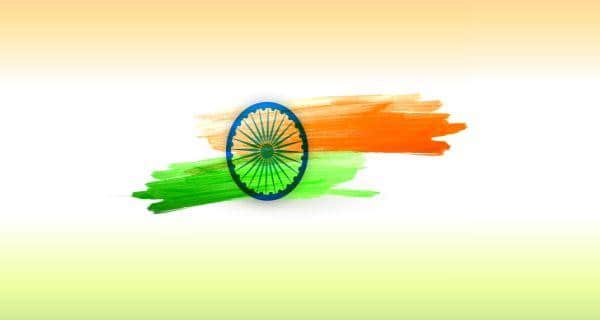 The British did more damage to us than we ever realise, not only did they economically exploit us for almost two centuries, they managed during that time to instil in us prudish, parochial and patriarchal values of Victorian morality which we seem to have adopted as our own so much so that now we blame the West for bringing immorality into our lives! The truth is that ancient India wasn’t just open about its sexuality but even embraced it as the Kama Sutra and the sculptures of Khajuraho are testament to that openness. Here are some basic rights I wish we Indians had, which seem to be extremely natural considering we’ve been independent for over sixty-six years: Also Read - Early menopause ups your risk of osteoporosis by almost 56 per cent: How to deal with it

In most parts of India, urban or rural, sex is an absolutely taboo topic. No one wants to talk about it or discuss it. It’s as if 25 million babies simply drop from the sky every year to bolster our population. This silence has done incredible harm if you think about it. We have the world’s largest growing population which makes it extremely difficult to provide them with even the basic amenities like food, clothing and housing – forget about luxuries like healthcare, education and jobs. It has also made sex education non-existent making us vulnerable to sexually transmitted diseases and women’s health issues particularly related to pregnancy Also Read - Breast Cancer Awareness month: Novel testing platform designed for breast cancer cells

In 2009, after deliberating over it for one and a half years, a parliamentary committee led by BJP veteran M. Venkiah Naidu decided that sex education was ‘against the ethos of our society and would uproot the cultural values we’ve cherished since the Vedic Age’. The committee went on to suggest that topics like HIV/AIDS and Physical and Mental Development in Adolescents shouldn’t be included in the syllabus until Class 12 and should only be included in Biology (perhaps those not studying biology have no right to find about the basic functions of the human body). First of all, Naidu is definitely wrong considering the Vedic Age lasted from 1700 BC to 150 BC and the Kama Sutra – the world’s oldest most comprehensive sex manual was written between 400 and 200 BC suggesting that not only was the era enlightened about sex but thought it fit to write a book which would instruct further generations!

The current sex education scenario is abysmal. There are separate classes for boys and girls, which begin in the 6th grade and talk mostly about the biological functions. Add to the fact that most teachers are extremely uncomfortable talking about sex and all these children go home more or less clueless about the human body. They instead learn about it from dubious sources like pornography and peers which leads to gross misinformation and a lifetime of insecurity and ignorance about human sexuality. The right to sex education is a fundamental human right and denying our children that knowledge is curtailing their freedom. (Read: Sex education: The need of the hour?)

While it is a taboo topic for men, women on the other hand are completely ostracised when they talk about sex or display their desire in any way. Even in our movies, the man is mostly the instigator, the one who sweeps the damsel off her feet and our heroines seem to have very less say in the matter. Promiscuity in a man is often celebrated and he is deemed a stud whereas a woman who does the same is a slut and has ‘loose’ morals. We need to get rid of these double standards and embrace true social equality where all genders and in-fact people of all orientations are at par.

Equality for the LGBT community

Till 2009, homosexuality was a crime under the Indian Penal Code’s Section 377 which banned all forms of unnatural sex. The law was of course based on an archaic British law from 1860 and it was struck down by the Delhi High Court which found that it curtailed an individual’s freedom. Sadly, even though it has been de-criminalised we are a long, long way from accepting an individual’s sexual orientation choice and they’re often targeted by political or religious groups. The Health Minister Ghulam Nabi Azad actually said that homosexuality was a disease which had come to India from foreign shores which shows just how close we’re as society to accepting those who’re different. Even now, a person who is openly gay are discriminated against and trans-gendered people are so ostracised that they are forced to live on the margins of society and in many cases end up as sex workers – making them vulnerable to STDs like HIV/AIDS. (Read: Homosexuality and HIV – the risks)

And lastly, we need to free our women from the threat of sexual violence. The horrific Dec 16, 2012 gang rape incident is still fresh in our collective memories, not to mention the daily reports we get about women and children being raped all around the country. We’ve blamed everyone and everything – alcohol, pornography, women roaming around at odd hours, short dresses and Western values – instead of looking to understand the real reason for these crimes. The truth is that our deep parochial mentality and our mistaken beliefs about so-called values have gone a long way in creating this situation. We have to realise that a short dress, roaming around at night alone or even the choice to have consensual sex, doesn’t give men the right to violate women. It’s completely her choice who she wishes to be intimate with and the entire nation needs to learn to respect her wishes.

We might have gained Independence from the British 67 years ago but sadly we’ve at least in terms of liberty and equality achieved very little. We have absolutely no right to call ourselves ‘free’ by any stretch of imagination. To paraphrase Tagore, ‘The stream sadly has lost its way into the dreary desert sand of dead habit.’