Can men experience orgasm without ejaculating?

Forget premature ejaculation, dry orgasm is also be a matter of concern.

The dry spell in women is quite common hormonal imbalances, age, menopause, pregnancy a number of factors can affect normal vaginal lubrication and lead to dryness. Most women might undergo painful intercourse due to this. In men, it is quite unheard off, but not impossible. Men can also suffer from dry orgasm at times when semen refuses to release, in spite of having a pulsating and pleasurable orgasm. Here is how a male orgasm works. Also Read - Can diet help treat erectile dysfunction?

Is this normal? Also Read - Orgasms: 7 health benefits you didn’t know about

The answer is both yes and no. In younger men this can be passed off as a refractory period, when one experiences two orgasms close to each other. But in older men, this could indicate some trouble. Here are six reasons for pain during sex in men that you should know.

What causes dry orgasm in men?

There are various factors for this sexual phenomenon, like:

Age: Teenagers and men in early twenties are more likely to experience dry orgasm if they have an active sexual life or masturbate frequently. Young men are more likely to recover soon from an orgasm and get ready to go for the act soon again. Like women, young men can also undergo multiple orgasms before the semen builds up in the testis. Sometimes it can take up to a day (in younger males) and experiencing more orgasms could mean a dry spell. However, this isn t particularly harmful to adolescents and young men. However, men in their 30s or 40s find it difficult to orgasm multiple times or recover from an orgasm quickly [1].

Medical problems: For men who are suffering from prostate problems surgery, treatment, radiotherapy dry orgasm can become frequent. This is because the seminal fluid goes backward into the urinary bladder, rather than coming out of the urethra. This is also called retrograde ejaculation. Here are signs of prostate cancer all men should know.

Physiological problems: A weak pelvic structure or a blocked valve in the bladder could also restrict the flow of semen out and make it travel backwards.

Should you worry about this problem?

This depends on how often you experience dry orgasm or retrograde ejaculation. Remember, if semen travels backwards quite often, it could affect conception, as it depletes sperm count. However, dry orgasm could also be a result of psychological trouble, sexual inadequacy triggered by performance anxiety or lack of interest in the partner. However, if you are suffering from dry orgasms, it is better to meet an expert, preferably an andrologist and get yourself evaluated.

7 exciting sex positions you should try on your couch! 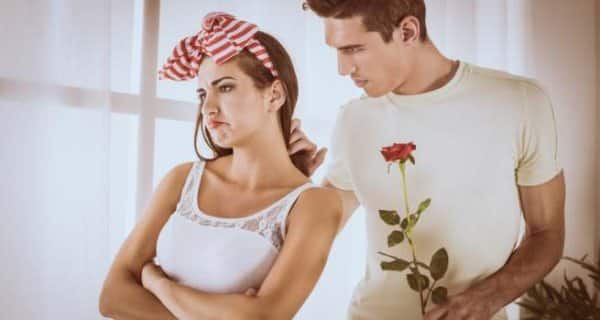