Home / Sex & Relationships / Are you using your condom the right way?

Going wrong while using a condom can lead to unplanned pregnancy and increase risk of sexually transmitted diseases. So, be cautious about condoms. We tell you how.

Tags: Condoms  damage condom  How not to use a condom  how to use condom  Putting on a condom

Using a damaged condom or not wearing it properly can reduce its effectiveness. ©Shutterstock

Condom is the one stop solution against unwanted pregnancy and sexually transmitted infections (STIs). This is because this barrier method prevents the exchange of sperms, vaginal fluids, and blood with your partner. A survey conducted by a local Indian firm last year which included more than 1,000 people revealed that 84 per cent of men and 68 per cent of women agreed that they were sexually active. However, out of all the participants, only three out of five were using condom for safe sex. While opting for condom is the prerequisite for safe sex and avoiding unwanted pregnancy, using it right is essential to reap the benefits. Also Read - Not ready for a baby? 6 ways to prevent unintended pregnancy

CONDOM MISTAKES THAT YOU MIGHT BE MAKING Also Read - Contraception: Here is all you need to know about a new method and the ones that already exist

Using condoms is no rocket science, but many end up going wrong with it which reduces its effectiveness., etc. Various estimates suggest that a condom is almost 97 per cent effective when used and worn properly. However, this percentage goes down when you are not putting it on as it should be or using a damaged one. These mistakes include opting for the wrong size, storing the condoms incorrectly, using an oil-based lubricant with it, so on and so forth. All these may lead the condom to break as well. Here, we share with you the most common condom blunders that you might commit and ways to correct them.

You are wearing it wrong

If you are not wearing a condom correctly, it can break mid-way. The most common questions that might appear in your mind could be anything like, “Am I going to get an STI or catch a UTI? Will my partner get pregnant?” While wearing a condom, check if you are allowing air to sneak in. That’s a common mistake that can cause your condom to break.

Do it right: Make sure that you don t use a condom which is too constricted, and it shouldn t be too loose as in both the cases, the risk of condom tear is high. Also, ensure that you always put on a condom when the penis is erect. Another important step is to leave the half-inch space at the tip of the condom untouched. make sure the tip is deflated, not inflated.

You are choosing the wrong size

According to a study published in the British Journal of Urology, researchers revealed that the average penis size across the world is 5.16 inches. The study involved over 15,000 men from different countries. Since the size varies from person to person, it becomes important to select a condom that fits your size. Putting on an oversized condom can make it slide off while wearing a too small one can break it.

Do it right: Buy a condom that matches the size of your erect penis. Measure your genital when it is erect. Though in India, most brands sell regular-sized condoms, you will find a few that come in small and large sizes as well. Small condoms are 6 to 7 inches in length and 1.7 to 2 inches in width while the large ones are about 8 inches in length and 2.13 inches in width. The dimensions of a regular condom: 7 to 7.9 inches long and above 2 inches wide.

You are using a flavoured condom

If you are using flavoured condom for vaginal sex, you are making your partner in danger of vulnerable to yeast infection, thanks to their sugar content.

Do it right: Use it only for oral sex. If you want to increase the pleasure quotient during intercourse, try varieties including dotted, ribbed, dotted and ribbed or ultra-thin versions.

You are using oil-based lubricant with your condom

Evidences suggest that if you expose a condom to oil for even a minute, the efficacy drops. Oil-based lubricants are otherwise good for foreplay but using them on a condom can increase the risk of condom tear while you are in the act.

Do it right: Instead of using oil-based lubricant opt for water-based ones when you are about to engage yourself in a sexual activity with your partner.

You are not checking whether it is damaged or not

You hardly check whether or not your condom is intact or damaged or if it has crossed the expiry date. Using a torn or expired condom paves the way for unplanned pregnancy and makes both you and your partner more susceptible to catch UTIs and STIs.

Do it right: Always look for the expiry date on the packet as outdated condoms are more likely to break easily. Also, when you open a packet, make sure check if it is sufficiently soft and flexible. Even if it feels slightly hard or stiff, use another one.

You are storing it wrong

Right storage is critical for the efficacy of a condom. But often we end up keeping them in the car, wallet, refrigerator, or in the back pocket, reducing their ineffectiveness. Keeping it in your wallet or pocket can lead to friction while car or refrigerators are equally bad choices because they expose the condom to extreme temperatures. Your car heats up abnormally when the windows are rolled up.

Do it right: You can store condoms in your bag or in an airtight jar to prevent exposure to extreme temperatures. Choose a cool dark place to keep this pleasure pal safe and free from friction. A cloth batua is also a good place to store your condoms. 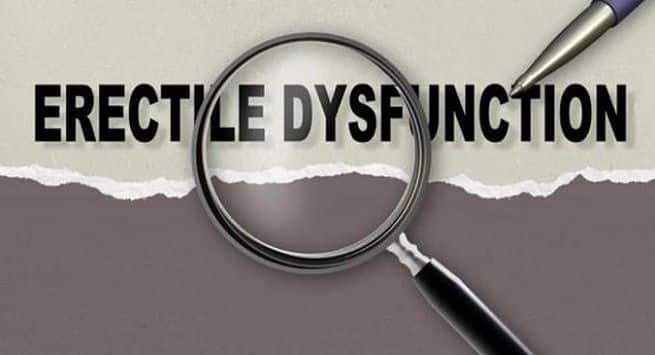 Health conditions that can lead to erectile dysfunction

This is how sex bolsters your weight-loss goals