If one question has haunted man since the dawn of time, it’s ‘what do women want in bed?’ Tamar Gass, Intimacy and Relationship Specialist, tells us 10 vital things every woman wishes men knew about sex: Also Read - Vaginal atrophy may affect your sex life: Know the symptoms, causes and ways to deal with it naturally

Unlike men who are fertile every day all day long; women are only fertile a couple of days per month. So while a man’s instinct tells him he wants sex all the time because he wants to propagate his genes, a woman’s monthly reproductive cycle and hormones mean that a woman craves sex more when she can get pregnant. Every other day of the month, her sex drive is driven by social interactions instead.

There’s more to sex than getting an erection

Just because a man has an erection doesn’t mean a woman is in the mood to have sex. There is therefore no need to tell her when it’s hard or to poke her with it. A woman doesn’t want him to guide her hand towards or ask her to do something, he has to realise his penis alone is not a turn on and he should try to arouse her if he wants her attention.

When a woman climaxes, the muscles inside the vagina rapidly contract, squeezing the penis during intercourse. After her first climax, the vagina is naturally lubricated and tighter. In an aroused state, the woman and man enjoy even greater sexual pleasure, so men shouldn’t stop after hitting the first big O.

Facts about the female erection, the clitoris and the G-spot

The clitoris is not only the flesh protruding from the top, it’s also inside the vagina (split into 2 legs like an upside-down V ^) surrounding the vaginal wall. The G-spot is the point where the legs of the inner clitoris meet internally (inside the vagina, on the upper side about 2-3 inches inside). The G-spot is only reachable when it is erect (filled with blood by an aroused state). It becomes erect from foreplay till the climax (rubbing the external clit- foreplay). Immediately after an orgasm or during the climax, the G-spot can be felt more prominently.

A woman can’t orgasm without a clitoral erection

The penis can become erect much more easily than the clitoris. The male erection can come from a thought, sight, sound, feeling, or even at random, but the female erection can only be achieved on the inside by rubbing the clitoris on the outside until the climax phase of the orgasm is achieved. Just because she is wet doesn’t mean she is erect.

The importance of foreplay

Foreplay is done to prepare the man and woman for sexual penetration. While a man’s erection is easier to achieve, he must stimulate her clitoris to make her erect first. Without rushing her or distracting her with his penis, she will be able to climax and then make him erect again for penetration. Without her erection there is no pleasure inside the vagina.

The positions that really give pleasure

It’s more difficult for women to orgasm in positions that require her to support her weight with her legs so positions like standing, doggy or woman-on-top aren’t that pleasurable for some women.

You don’t have to last long to pleasure her

She fakes it for his self-esteem

Women will commonly ‘fake it’ to protect the man’s sexual confidence. Men should understand how female sexual satisfaction works and realize that if she is rushing him through it, or says it’s too much to handle, or orgasms without having had proper foreplay, she is faking it because he is not doing it right.

For more tips you can visit the author’s Facebook page: http://www.facebook.com/4satisfaction

For more articles on sexual health, visit our sexual health section. Follow us on Facebook and Twitter for all the latest updates! For daily free health tips, sign up for our newsletter. And to join discussions on health topics of your choice, visit our Questions and Answers section.

Try shatavari to spice up your sex life 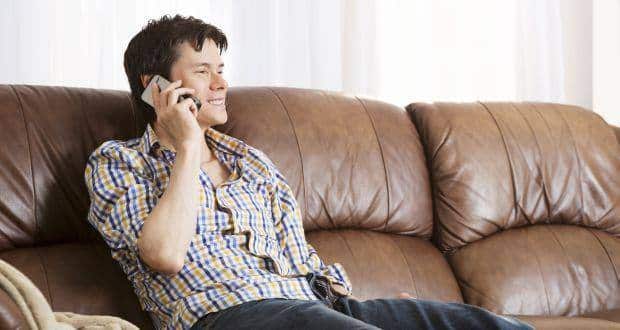