Tests you cannot miss during your second and third trimester

Your second and third trimester tests and why you need them 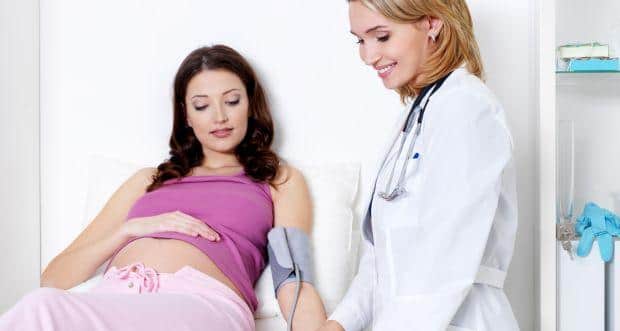 If you have pulled through your first trimester being in the pink of health chances are that the rest of your pregnancy would pass without many hiccups. But you cannot put anything to chance when it comes to pregnancy. So if your first trimester health scores had been good that's no reason you shouldn't be regular with your second and third trimester tests. Here's a list of tests that are a necessity during your second and third trimester.

During the second trimester a routine blood and urine sample would be collected for the following tests:

CBC: A complete blood count. A complete blood count during the second trimester is done to check the concentration and count of the different cells in the blood. This also gives the doctor scope to check if the mother is suffering from anemia or any other blood related disorder. The CBC test helps rule out any possibility of a blood related infection or disease that could have been picked up during the early or initial months of pregnancy.

GCT: A glucose challenge test is done at 24 or 28 week of gestation, wherein a woman is give 75g of oral glucose and a blood sample is taken after 2 hours to screen for gestational diabetes. 'If a mother develops gestational diabetes at any point during the pregnancy it can lead to overly large babies, difficult deliveries and also lead to other health problems related to the baby,' says Dr Pooja Mehta, consultant gynecologist Paras Hospital, Gurgaon. If the test value show a reading more than 140 mg/dl it denotes gestational diabetes. Know more about gestational diabetes,its causes, symptoms and treatment options.

Marker tests: If the doctor suspects that the baby is susceptible to any chromosomal abnormality even after a double maker test done during the end of your first trimester, then a triple or a quadruple maker test is suggested to the expecting mother. 'A blood sample is drawn from the mother and levels of estriol and hCG hormones are checked for a triple marker test. If the mother is also screened for inhibin-A along with estriol and hCG then it is a quadruple marker test,' says Dr Mehta.

At times even the level of alpha-fetoprotein, a protein secreted by the foetus is checked. Abnormal levels indicate the possibility of Down syndrome or a neural tube defect which can be confirmed by an ultrasound or amniocentesis.

Amniocentesis: This is an optional and invasive test done on pregnant women. Also not all labs would be able to perform an amniocentesis on an expecting parent. A lab should acquire special licenses from the government authorities to perform this test. If the reports of the marker test raise suspicion then the doctor in rare cases would suggest this test. The procedure is done by inserting a needle through the abdomen into the amniotic sac and withdrawing fluid that contains fetal cells. Analysis can detect neural tube defects and genetic disorders. But the drawback is the chances of miscarriage after such a test goes high but the test can detect 99 percent of neural tube defects and 100 percent of certain genetic abnormalities.

The most important third trimester tests are as follows:

CBC: A routine blood count test. 'Again this is done to make sure that the expecting mother has maintained optimum levels of haemoglobin in the blood and is devoid of any blood related infection or illness,' says Dr Mehta. Also know about the different kind of blood tests and what they indicate.

Group B streptococcus screening: This is done to check for group B strep bacterial infection. Vaginal and rectal swabs are collected between 37 and 37 week of pregnancy. It's a leading cause of life-threatening infections in newborns and can cause mental retardation, impaired vision and hearing loss. Women tested positive for this infection would be treated with antibiotics during delivery to protect the bay from contracting the infection at birth.

PT/INR: Near delivery testing also done to check coagulation status of the blood.

Non-stress test: This test involves using a foetal monitor strapped across the mother's abdomen to measure the baby's heart rate. This might be done every week for mothers who are having a high risk pregnancy.

Urine test: A routine urine test to check for the usual.