Polycystic Ovarian Syndrome (PCOS), a largely lifestyle-related disease in women of reproductive age is seeing a rise in India, especially among young girls. 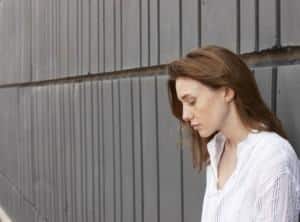 Troubled by facial hair, acne and irregular menstrual periods? Chances are you could be suffering from Polycystic Ovarian Syndrome (PCOS), a largely lifestyle-related disease in women of reproductive age, which is seeing a rise in India, especially among young girls.

Experts said while the exact cause of the condition is not known - for long it was considered a genetic disease - the problem largely affects the ovaries, the organs responsible for the production of eggs and female hormones. The condition runs in families.

'The incidence of women suffering from PCOS has doubled as it is difficult to diagnose-being a spectrum of diseases without having any one particular symptom,' Mala Srivastava, senior consultant at the obstetric and gynaecology department of Sir Gangaram hospital, told IANS. (Read: Can't conceive? PCOS could be the reason)

While the major cause for worry in women suffering from PCOS is infertility, it can also become life-threatening as it leads to an increase in incidence of obesity

Around 40-60 percent of women with PCOS suffer from obesity, which in turn leads to diabetes, uterine cancer and high cholesterol.

It is a common endocrine disorder where there is an imbalance in the hormones produced in a woman's body.

Pointing out obesity as being a major factor for PCOS, Srivastava said obesity leads to hormonal changes, which are responsible for PCOS.

According to her, certain women are insulin resistant, which leads to obesity in them and in turn results in hormonal imbalances and develops into PCOS.

Listing PCOS as the most common reproductive endocrinological disorder in women, Anita Talwar, senior consultant at the obstetric and gynaecology department of Max hospital, said it can even occur in girls as young as 11 years. The disorder manifests in 11.2 percent of women in their reproductive years with 50 percent comprising adolescent girls.

'We are seeing this problem among young girls, which is a worrying factor,' she said.

A study published last year in the American Journal of Clinical Nutrition examined the effects of a low glycemic index diet compared with a conventional low-fat, high-fibre diet on women with PCOS.

Treatment of PCOS depends partially on the woman's stage of life.

For younger women who desire birth control, the birth control pill, especially those with low androgenic (male hormone-like) side effects, can revert the PCOS effect by leading to regular periods and prevent the risk of uterine cancer.

Another option is intermittent therapy with the hormone progesterone. Progesterone therapy induces menstrual periods and reduces the risk of uterine cancer, but does not provide contraceptive protection. (Read: Top 15 women's health concerns)

Srivastava said the need of the hour is to create more awareness about the problem among people, especially women.