There is no experience, absolutely nothing in the world that can compare with the pain of losing a baby. Except the mother-to-be, no one else can understand what it means. Sadly, a miscarriage or spon 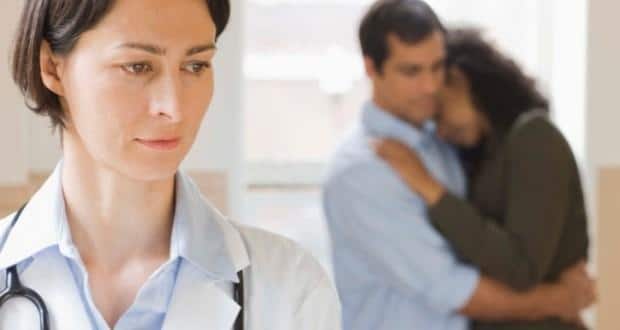 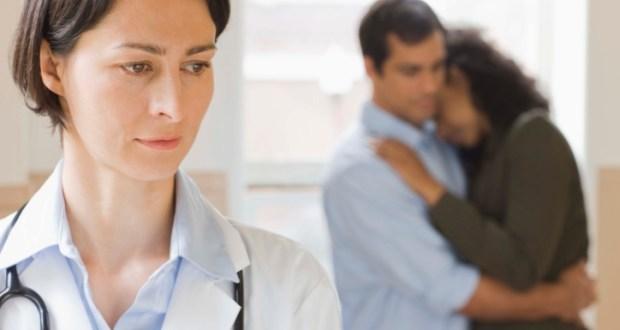 There is no experience, absolutely nothing in the world that can compare with the pain of losing a baby. Except the mother-to-be, no one else can understand what it means. Sadly, a miscarriage or spontaneous abortion (to give its formal name) is a pretty common occurrence. Dealing with the fact that your child is no more can be pretty rough; it might leave you resentful, angry and deeply disappointed. In this post, we shall try and explain why this happens. Also Read - Early menopause ups your risk of osteoporosis by almost 56 per cent: How to deal with it

Technically, a miscarriage refers to the abrupt end of a pregnancy before the 20th week of pregnancy (after 20 weeks it’s called a pre-term birth). Sometimes a fertilized egg attaches itself to the uterine wall and conception occurs but as the pregnancy progresses it doesn’t develop into an embryo. This is called a blighted ovum or an anembryonic pregnancy and is a cause of miscarriage. In such instances you may experience signs of pregnancy and you will still get a positive pregnancy test result because the placenta produces human chorionic gonadotropin (hCG). Also Read - Pregnancy complications may up stroke risk in later life

Before the parents blame themselves for the miscarriage, they should know that chromosomal abnormalities in the baby are found in most miscarriages that occur in the first trimester. This has nothing to do with the parents. However, when repeated spontaneous abortions occur, there may be a genetic angle to it. Also Read - Breast Cancer Awareness month: Novel testing platform designed for breast cancer cells

Another cause may be progesterone deficiency. Progesterone is a key hormone which helps support a developing embryo. Progesterone is responsible for maintaining the uterine lining and reducing the chances of mother’s immune system attacking the foetus as a foreign substance. Decreased progesterone during pregnancy can cause recurrent miscarriages.

Miscarriages can happen to any woman but some are more likely to have them. Some of the risk factors are:

• Age: Miscarriages increase steadily with maternal age because the chances of chromosomal abnormality are more likely. The risk may also rise with the father’s age.

• Problems in the reproductive organs: Scar tissues in uterus, cervical insufficiency (premature dilating of the narrow tubular structure at the upper end of the vagina), etc. increase the risk of miscarriages.

• Medications: It’s best to know the safety of any medications you’re taking while you’re trying to conceive. Some drugs have been linked to increased risk of miscarriage.

• Obesity: It has been associated with increased risk of pregnancy complications – from miscarriage to complications in advanced pregnancy. Also, women with polycystic ovarian syndrome (PCOS) are more likely to be overweight.

• Environmental factors: Exposure to lead, benzene, arsenic, formaldehyde and large doses of radiation are some of the risk factors. Even the father being exposed to lead, mercury, industrial chemicals and pesticides may be linked to greater risk of miscarriage according to some studies.

• History of miscarriages: Most of those who have experienced up to two or three losses will go on to have a successful pregnancy the next time. But having recurrent miscarriages in a row increases your chances to miscarry again.

• Birth defect in the child from a previous pregnancy: Research has shown that women who have a child with a birth defect are at an increased risk for miscarriage or giving birth to another baby with a birth defect. The chances of subsequent chromosomal abnormalities in the foetus increase particularly in women who are above 35 years of age.

• Genetic abnormality in the family

Vaginal bleeding with passing of clots accompanied by abdominal cramps during pregnancy is the most common symptom of a miscarriage.

On suspecting a miscarriage

If you experience any of the above symptoms, call your gynaecologist immediately. Vaginal bleeding and cramping may not always mean it is a miscarriage. So, your doctor will be the best judge to tell you if it is one. Till you see a doctor, use a sanitary napkin to absorb the bleeding. It is advisable not to use tampons as they may increase the chance of an infection.

Blood tests may be performed to determine your blood type or rule out infection. If you have repeated miscarriages, certain other tests are done. For ruling out chromosomal abnormalities, genetic testing is done. If any abnormalities in the endometrium (inner lining of the uterus) are suspected, an endometrial biopsy is done. To check if some structural abnormality of the uterus or uterine fibroids, adhesions are causing the miscarriage, an X-ray of the uterus and fallopian tubes (also called the hysterosalpingogram) could help. If the uterus needs to be further probed for issues, a hysteroscope or laparoscope is inserted through the vagina into the uterus.

The aim of treatment is to avoid heavy bleeding and infection. With no treatment, in most of these cases nature takes its course. The tissue will pass naturally within two to six weeks. No further treatment is usually required if the miscarriage is complete and the uterus is empty. Sometimes, in order to encourage completion of the process, certain medicines may be prescribed. If that doesn’t help, surgery may be needed to remove the remaining contents from the womb. Dilatation and Curettage (D&C) is a minor surgical procedure done under local, spinal or general anaesthesia. The remaining pregnancy tissue is removed through the cervix. The procedure takes five to ten minutes. The normal menstrual cycle should resume within four to six weeks.

If any tissue from the foetus remains in the uterus after the miscarriage, there are chances of an infection with symptoms like fever, cramping, foul-smelling vaginal discharge and vaginal bleeding that does not stop. It needs immediate medical care. Risk of complications from D&C includes risk of injury to the cervix and uterus and potential scarring of the intrauterine lining.

Conceiving again after a miscarriage

Don’t blame yourself for the miscarriage. Take time to heal both physically and emotionally if you’ve had one. Physical recovery from miscarriage may take a few hours to a couple of days. Though the WHO recommends waiting for at least six months before trying to conceive again, some researchers suggest that the sooner you start trying, the better. You need not wait to conceive after miscarriage if you are healthy and are emotionally ready. If you have repeated miscarriages, it is recommended to get tests done to determine the cause before attempting another pregnancy.