Home / Pregnancy / Linea nigra: Everything you need to know about pregnancy belly line

Linea nigra: Everything you need to know about pregnancy belly line

During the second and the third trimester of the pregnancy a majority of linea nigra cases start appearing. When the belly starts expanding it gets more noticeable. 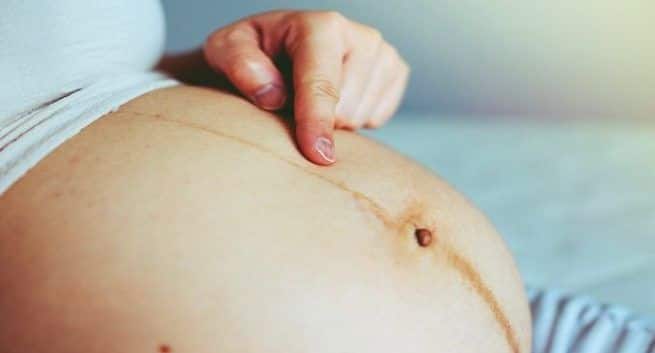 The line forms vertically on the belly of a pregnant woman.© Shutterstock.

In a woman’s life pregnancy is the most wonderful phase. However, a lot of changes happen in a woman’s body during pregnancy and some of the changes are fascinating as well. When we are talking about changes, chances are you must have heard about pregnancy belly line or linea nigra. Here in this article, we will discuss about that. Also Read - Winter care tips for pregnant women: What’s good and What’s bad for you

What is linea nigra?
It is a dark vertical line that appears on the abdomen of pregnant women. Linea nigra appears mostly during the second or the third trimester of pregnancy. The line forms vertically on the belly of a pregnant woman. Though the lines nigra can be different from others, some might extend all the way from the breasts to the pelvic bone and some may end near the breasts, run upwards. Also Read - Early birth linked to 'greater risk of hospital visits during childhood'

When does linea nigra appear?
During the second and the third trimester of the pregnancy a majority of linea nigra cases start appearing. When the belly starts expanding it gets more noticeable. It happens due to the hormonal changes. In a pregnant body high levels of oestrogen stimulates the melanocyte production, which darkens the skin cells. The line marks the point where the left abdominal muscle meets the right. Linea nigra appears when these muscles start to separate to accommodate the growing foetus. Also Read - Maternal Iron Deficiency: Understanding the adverse effect of anaemia in pregnancy

Does the linea nigra disappear?
This will soon disappear right after pregnancy because it is just another pregnancy phenomenon. After the delivery, the line starts to fade and becomes disappear within three to four months post delivery. Prevent exposing the area to the sun if you want the line to disappear soon. Also, to further speed up the process of fading the line use skin lightening creams.

Can linea nigra predict the gender of the baby?
According to the Ayurveda, it can predict. But scientifically, it has nothing to do with the baby’s gender. It is completely harmless and indicates nothing related to the baby’s gender.

Did you know? Managing weight during pregnancy can affect your child's bone health 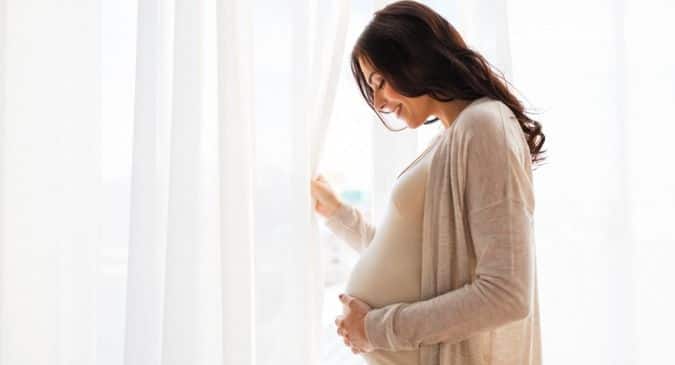