Home / Pregnancy / Caesarean section delivery – do you really need it?

Caesarean section delivery – do you really need it? 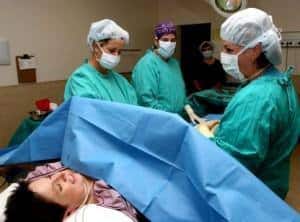 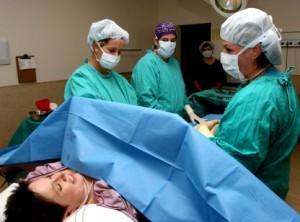 As your due date inches closer, apart from all the excitement and wait for your little bundle of joy, there is also a fear of the delivery process – what if something goes wrong, will my baby be fine? There are millions of questions that come to a pregnant woman’s mind before she welcomes the baby. At times, a normal delivery isn’t feasible and one needs to opt for a caesarean section or C-section. What is it and when does one need it? Dr Vinita Salvi – one of India’s top gynaecologists and a specialist in managing high-risk pregnancies – in her book, ‘The Pregnancy Handbook for Indian moms’ explains this procedure in detail. Here is an excerpt from the book. Also Read - Early menopause ups your risk of osteoporosis by almost 56 per cent: How to deal with it

‘Doc, I have been told I need a C-section. Do you think it is necessary?’ Also Read - Pregnancy complications may up stroke risk in later life

This is a common question these days. Undoubtedly, there has been an increase in the number of C-sections that are performed today, so much so that in some cases the option of a vaginal delivery, even when feasible, is not even considered. How much of this increasing incidence of C-sections is due to a genuine need for an operative delivery and how much an artificially inflated situation is a question that will probably never be answered. In today’s world, where women opt for a career and postpone childbearing to an age where their tissues are not optimally supple to permit a vaginal delivery and issues such as high blood pressure further complicate matters, there is an ever-increasing chance that the pregnancy may land up with various problems such as a growth-restricted baby or prolonged labour. Naturally, the incidence of C-sections is going to increase. In the good old days, women would have at least 4–5 offsprings. Just a couple of generations back it was not unheard of to have a dozen siblings. Also Read - Breast Cancer Awareness month: Novel testing platform designed for breast cancer cells

In all these wonderfully large families if a woman lost 2 or 3 of her pregnancies, it was par for the course and no one was greatly bothered. On the other hand, in today’s world where people expect only the best, where two plus two is always four, couples expect to have only one pregnancy with the perfect outcome. There is no place for anything less than perfect and woe to the caregiver who cannot deliver a perfect result. All of which has probably also contributed to the rising incidence of operative deliveries. Many people are not willing to come to terms with an unfavourable outcome such as a depressed baby if the delivery has occurred vaginally. They cannot accept the fact that something could have naturally gone wrong which was not necessarily related to the route of delivery. On the other hand, by performing a C-section, the doctor has done everything possible to deliver an optimal outcome, isn’t it? (Read: Understanding Induced labour and Caesarean sections)

Caesareans are of two types: the preferred lower-segment caesarean section or LSCS and the older less commonly used classical section. In an LSCS, the cut on the uterus is placed at its lower end and such a cut has many advantages both during the surgery and for post-operative recovery.

On the other hand, when this area of the uterus is not accessible for some reason, the doctor may still opt for a classical section where the cut is placed on the upper part of the uterus.

An LSCS is performed when the caregiver feels that there is no merit in continuing the pregnancy further and a vaginal delivery is not in the best interests of either the mother or the child. A C-section that is planned well in advance is called an elective LSCS, and one that has to be done suddenly is known as an emergency LSCS. Simple, isn’t it?

As far as possible an LSCS is always done at term when the baby has reached optimal maturity but on occasion, it may have to be done much earlier. In a preterm C-section, there can be 2 issues: The uterus has not grown to its full size, that of a packed haversack, which has its own implications for the surgeon. And the baby may need special care in a neonatal intensive care unit and possibly a ventilator as well. For instance, if the mother suddenly starts bleeding profusely at the beginning of the eighth month due to the separation of a placenta that is praevia (a placenta that is covering the mouth of the uterus), it is absolutely necessary to do a C-section in the interests of both mother and baby.

In some cases there may be certain factors affecting the mother that mandate a C-section. The birth canal may be too narrow or there may be some obstruction along the corridor, such as a large fibroid that is blocking the way. Or, during labour, the uterus may not cooperate and go into what is known as dysfunctional labour or the cervix may refuse to dilate—cervical dystocia. As I mentioned above, profuse vaginal bleeding due to the premature separation of an abnormally located placenta (placenta praevia) or even a normally located placenta (accidental haemorrhage or abruptio placenta) also warrants a C-section. (Read: Is your pregnancy high-risk? (Expert interview))

However, one of the commonest indications for a caesarean is foetal distress where although a vaginal delivery is not imminent, the baby can no longer wait. Sometimes, a well-nourished or constitutionally large baby is too big for the birth canal—a condition known as cephalo-pelvic disproportion—which necessitates an LSCS. Or the baby may be so growth-restricted and fragile that he/she cannot withstand the rigours of a normal labour. Sometimes the baby is not optimally positioned. The commonest way in which the baby enters the birth canal is with its head well flexed such that its chin almost touches its chest, a position that is most favourable for a normal vaginal delivery. But in some cases, the baby may be sleeping in what is known as a transverse lie, a reclining position much like in an airline seat, or it may be in breech presentation, intending to arrive butt first.

Positions in which the head is not well flexed can create problems. Certain positions, such as a face presentation, may or may not permit a vaginal delivery and the future course of action is best left to the doctor judgement. Occasionally, the baby might defiantly present its brow to the cervix, and with such an attitude, there’s no way it is going to march through the birth canal, giving us no option but to perform an LSCS. By no means is this list exhaustive and it is best to discuss the need for a C-section with your caregiver.

Excerpted with permissions from Penguin Books India from the book ‘The Pregnancy Handbook for Indian moms’ by Dr Vinita Salvi. Buy the book here. 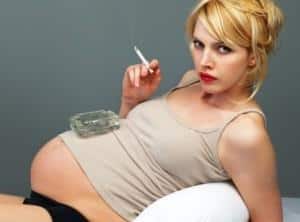 Five ways smoking during pregnancy can harm your baby

Sunny Leone wants to have babies!