Vito Corleone, Darth Vader and Maximus make it to our top fathers list but who's the greatest father of them all?

Over the years, we've seen some classic father figures in Hollywood. They've kicked ass, destroyed galaxies and done everything and anything feasible to help their family and children. Here are the top 11 on-screen fathers of all time in descending order: 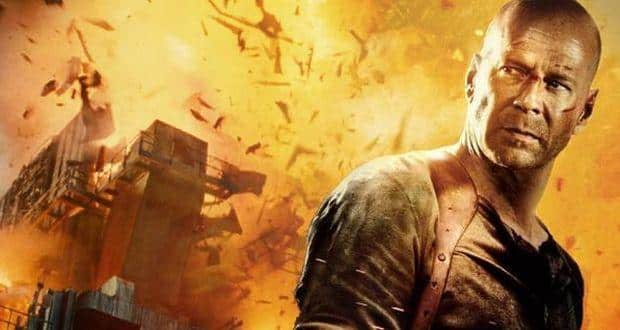 McClane is old school and he would do absolutely everything to make sure nothing ever hurts his family. He will do anything and everything required including taking on an aircraft to save his daughter in the fourth. As far as badass dads go, they don t get more badass than John McClane. 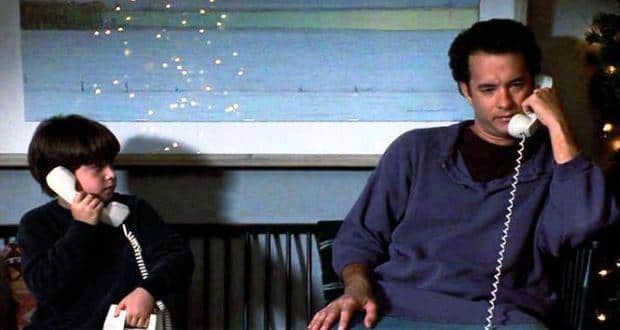 Tom Hanks plays Sam Baldwin, a widower, who lost his wife to cancer and has been single for the last one-and-a-half years. However, his son wants a new mother and persuades him to talk on a radio show about how much he misses his wife. His story becomes an instant hit with the ladies who are all touched by his story. Sam is a very loving father and is willing to do anything to make him happy, including looking for a new mother for him! 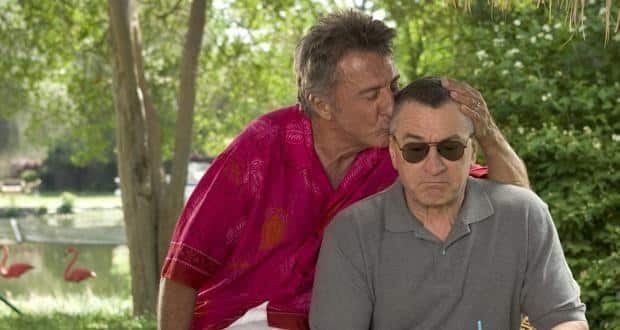 It s hard to separate one from another but both Robert De Niro and Dustin Hoffman s portrayal of antithetical fathers leads to some amazing fun in Meet the Fockers. While Focker is fun-loving, eccentric and a very loveable dad, Byrnes is a tough-as-nails ex-CIA officer who will do anything to keep his daughter safe including running clandestine DNA tests and giving his soon-to-be son-in-law truth serum. Both of them represent two different kinds of dads but we can say without any doubt that both of them equally love their children. 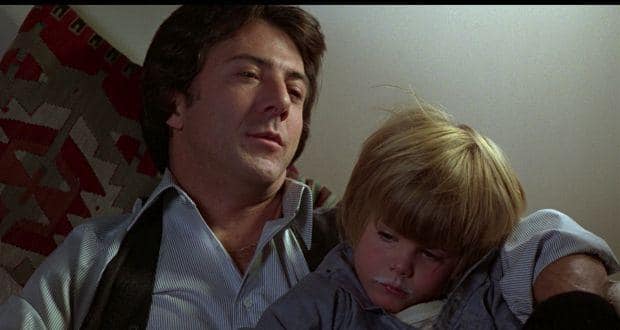 Ted Kramer is a high-flying ad executive who s suddenly burdened with the task of raising a child after his wife walks out saying she s had enough. Kramer initially struggles to be a single father with his heavy workload while his son misses his love and affection but in time they both realise start loving one another and go through a heart-wrenching time when they go through a custody battle and Ted loses custody of his son. Kramer VS Kramer is one of Hoffman s greatest performances, which celebrates the father-son bond like never before. 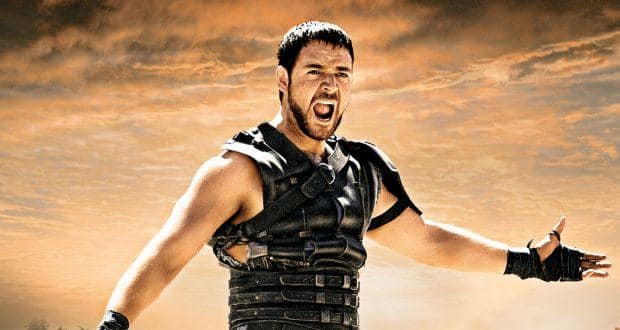 Hell hath no fury like a father scorned. My name is Maximus Decimus Meridius, commander of the Armies of the North, General of the Felix Legions, loyal servant to the true emperor, Marcus Aurelius. Father to a murdered son, husband to a murdered wife. And I will have my vengeance, in this life or the next. With this line, Maximus seals his eternal place as an unbeatable father who shall avenge the destruction of everything he loved.

Number 6: Chris Gardner (Portrayed by Will Smith, Movie: The Pursuit of Happyness) 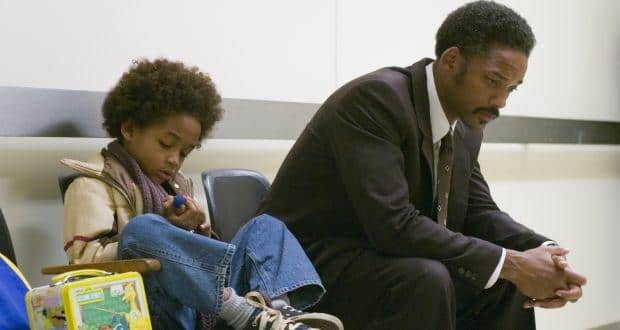 Will Smith s chemistry with his son Jaden really brought the father-son relationship to a new level as Chris Gardner struggles with homelessness, a new job and raising his son properly. The father-son relationship is really taken to a whole new level when the father and child spend a night in a subway restroom after being homeless. Based on a true story, the movie really captures the beauty of redemption and the amazing quality of the father-child bond. 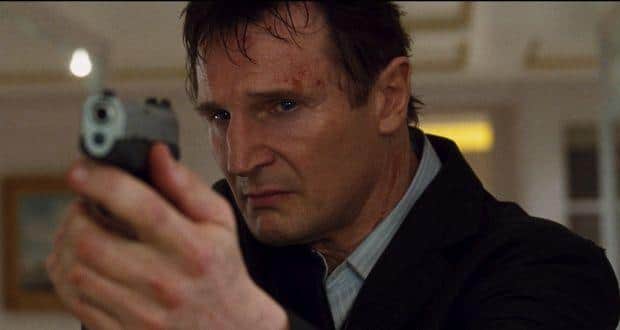 I don't know who you are. I don't know what you want. If you are looking for ransom, I can tell you I don't have money. But what I do have are a very particular set of skills, skills I have acquired over a very long career. Skills that make me a nightmare for people like you. If you let my daughter go now, that'll be the end of it. I will not look for you, I will not pursue you. But if you don't, I will look for you, I will find you, and I will kill you. Liam Neeson in Taken was just one amazing kickass dad who would turn the world upside down to save his daughter from the clutches of a gang who d kidnapped her to sell her off to the highest bidder. As one internet meme suggests, the guy trained Obi-wan Kenobi and Batman, why in God s name would you kidnap the guy s daughter? 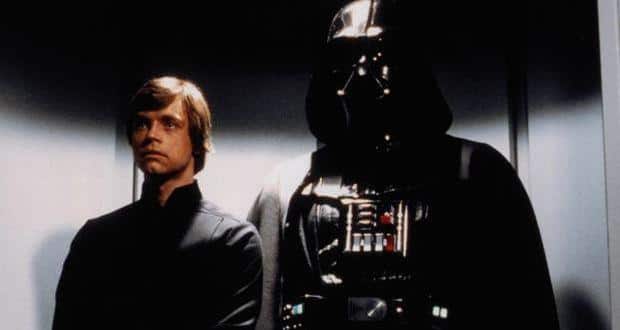 The Star War quote where Darth Vader tells an astonished Luke that he s his father in Episode V is often misquoted by saying Luke, I am your father. The correct quote is:

While some might find it surprising to find Darth Vader on the greatest fathers list, the truth is that despite succumbing to the dark side and even cutting off his son s arm, Anakin Skywalker finally redeems himself by killing Darth Sidious or the evil Emperor when he attacks his son, thus fulfilling the prophecy that he will bring balance to the force. 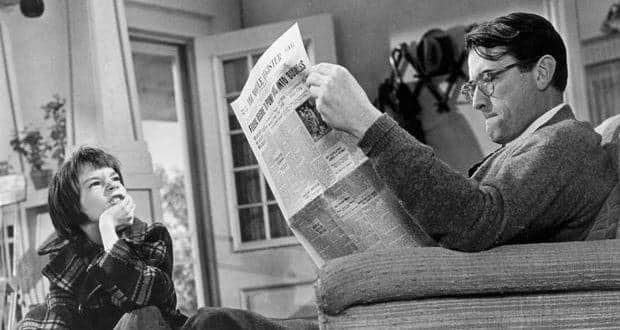 Atticus Finch was voted the greatest hero by the American Film Institute and there was something extremely amazing about Peck s portrayal of Finch as he brought the character out of the novel to give us a character that embodies the perfect dad. A single father with two kids in a small Southern town in 1930s, Finch defends a black man of accusation of rape in a place where the whites considered themselves superior in every sense. But Finch deeply believes that all human beings were created equal and should be treated equally. His compelling lesson for his son Scout is something all of us can learn from: If you can learn a simple trick, Scout, you ll get along a lot better with all kinds of folks. You never really understand a person until you consider things from his point of view, until you climb inside of his skin and walk around in it. 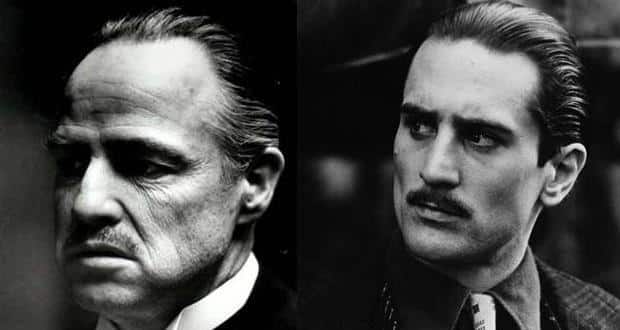 A man who doesn't spend time with his family can never be a real man. Don Vito Corleone

The Godfather (played magnificently by both Robert De Niro and Marlon Brando) is a thorough family man. Vito Corleone is less criminal and more of a family man who is just looking after his own business. He will do anything for his family which includes destroying those who dared to hurt his family members. He tries very hard to keep his youngest son Michael out of the family business but he just turns out to be a chip of the old block. As Vito says to : I never wanted this for you. I work my whole life--I don't apologize--to take care of my family, and I refused to be a fool, dancing on the string held by all those bigshots. I don't apologize--that's my life--but I thought that, that when it was your time, that you would be the one to hold the string. Senator Corleone; Governor Corleone. 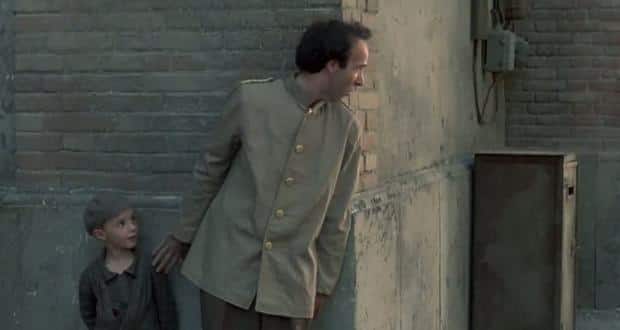 And the most inspiring father on our list is Guido Orefice who hides the horrors of the Holocaust and all its evils from his young son explaining to him the concentration camp was just an elaborate game of hide-and-seek and the winner would get a tank. He even explains the lack of other children by explaining that they are in hiding to score more points (instead of being killed), the guards are mean because they want the tank himself and convinces him that in a little while the tanks will come. The Allies tanks finally do come to free the prisoners but not before Guido is killed by a Nazi soldier but throughout the movie, Guido manages to convince his son that the Holocaust never existed.

For more articles on parenting, visit our parentingsection. For daily free health tips, sign up for our newsletter.