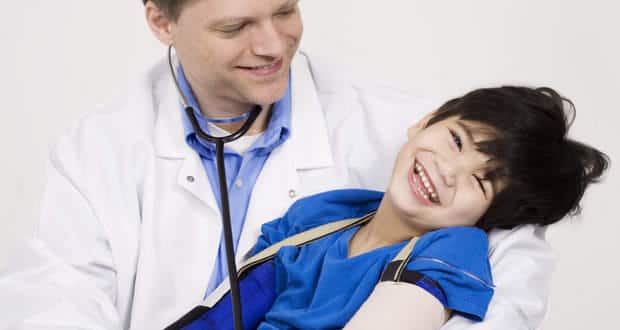 Cerebral palsy affects one in every five hundred children. It is a motor neurological disorder that is non-progressive and usually appears very early in a child. It often leads to slower than normal movements and trouble performing the more basic tasks. Dr Leena Deshpande, a renowned developmental paediatrician sheds light on this topic.

Some children suffer primarily from motor development issues which makes it difficult for them to exhibit normal motor actions like sitting down or putting their head up. They suffer from cerebral palsy, a neurological condition that affects the motor nerves. Children suffering from the condition usually have delayed head control, learn to sit or stand up late or in some cases have trouble standing at all.

This condition is mostly caused due to an injury to the brain before, during or after birth. Children suffering from this disease also exhibit some other conditions like overall development delay, particularly delay in speaking. They can also have visual impairment and hearing problems and in some cases neurological conditions like seizures or convulsions.

Depending upon which part of the brain was injured, different parts of the body get affected. Cerebral palsy can be broadly divided into four categories - Spastic, Ataxic, Athetoid, Mixed.

The disease can also be classified based on the body parts affected half the body affected (hemiplegic), legs affected (diplegic) or entire body is affected (quadriplegic).

The most important classification however is the severity of the disease mild, moderate or severe cerebral palsy.

It's important to be aware because early detection can lead to early intervention. Children who have low birth weights, suffer from infections early on or are premature are likelier to suffer from cerebral palsy. Various tests like the EEG or an MRI scan to search for abnormality in the brain are usually used to find the associated conditions.

The latest treatment methods include drugs and physiotherapy (neurodevelopmental) and occupational therapy. The child will also need speech and language therapy and treatment for the hearing and vision problems that are diagnosed. Some medications and drugs can reduce stiffness of the muscles but they need to be used in conjunction without physiotherapy and after patient selection.

Parents whose children suffer from cerebral palsy should not to lose hope. Though there is no 'cure' for cerebral palsy, if the parents an the children are motivated to stay positive and carry out physiotherapy and other treatment, it does make a difference!