Zinc can protect against infections

Zinc helps control infections by gently tapping the brakes on the immune response, says a new study. Scientists found in human cell culture and animal studies that a protein lures zinc into key cells that are the first responders against infection.  The metallic element then interacts with a process that is vital to the fight against infection and by doing so helps balance the immune response. Zinc’s activity was studied in the context of sepsis, a devastating systemic response to infection that is a common cause of death in intensive-care unit patients, according to the journal Cell Reports. But scientists say these findings might also help explain why taking zinc tablets at the start of a common cold appears to help stem the effects of the illness. Also Read - 50-yr-old bacteria may help your body's own immune system to kill cancer

“We do believe that to some extent, these findings are going to be applicable to other important areas of disease beyond sepsis,” said Daren Knoell, senior study author and professor of pharmacy and internal medicine at Ohio State. “Without zinc on board to begin with, it could increase vulnerability to infection. But our work is focused on what happens once you get an infection – if you are deficient in zinc you are at a disadvantage because your defence system is amplified, and inappropriately so, says Konell. Also Read - Less sex, poor sleep and other factors that can suppress your immune system

“The benefit to health is explicit: Zinc is beneficial because it stops the action of a protein, ultimately preventing excess inflammation,” adds Konell, according to an Ohio statement. The researchers also found that if there is not enough zinc available at the time of infection, the consequences include excessive inflammation, which is the body’s way of responding to an infection or illness. Also Read - Coronavirus Diet: Bolster your immune system with these 6 healthy drinks

NHRC seeks explanation into over 8,200 kids' deaths at Safdarjung 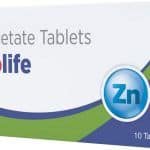 Zinc supplementation: A potential adjunct therapy for COVID-19, but the trick lies with the dosage 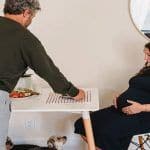