Yuvraj recalls his victory over cancer on World Cancer Day 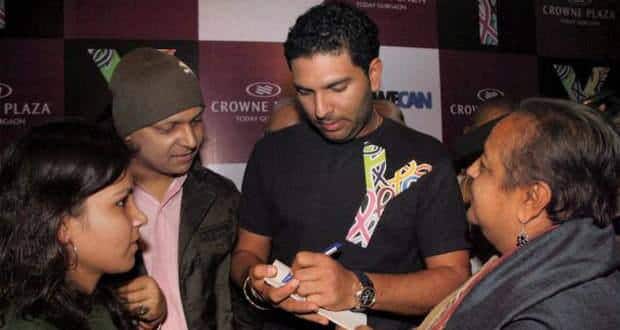 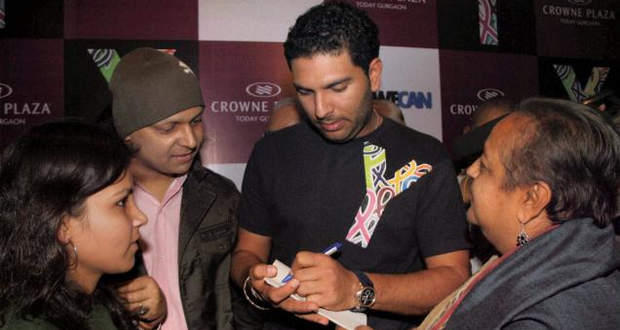 The stylish southpaw and cancer survivor recently talked about his battle with cancer at a gathering of cancer survivors to mark World Cancer Day. Yuvraj’s battle with cancer was one of the biggest stories of 2012 and it played a huge part in increasing awareness about the disease, dispelling misconceptions that cancer isn’t beatable and also showed that anyone including a healthy athlete at the prime of his career could get the disease. Also Read - 4 breakthrough technologies that will change cancer treatment

‘I didn’t believe when I was first told that I have cancer. I thought how can a young person like me get cancer? I thought it could never happen to me. It took me a while to accept that I was diagnosed with cancer.’ The much-loved cricketer spoke about survival, often getting teary-eyed looking while watching videos of his battle against the disease. ‘I always cry. It is my mother who remained strong but I became a crybaby. I felt that life might come to an end,’ he said. Also Read - Rishi Kapoor to Irfan Khan: Celebrities who died of cancer in 2020

His story brought a ray of hope to other patients present at the event. Many look up to him as their role model and a symbol of inspiration. One of the patients present said, ‘He may not have been around when we were recovering from cancer, but when someone as important as him is associated with our cause, we get positive reactions from people who wouldn’t care about the disease earlier.’

A 15-year-old Pranav Arora also recalled his experience and how Yuvraj motivated him during his treatment. ‘One day, my doctor asked me to speak to someone on the phone. It was Yuvraj on the other end. He told me that the cancer was like a yorker ball, and I had to hit it for a six. He said it was going to be hard but not impossible,’ Pranav said. Yuvraj had undergone chemotherapy at a hospital in Indianapolis after the detection of a stage-1 cancerous tumour in his left lung.