In a joint effort to raise awareness about cancer, Bollywood actress Manisha Koirala and Indian cricketer Yuvraj Singh Tuesday evening pepped up millions of people affected with the ailment, asserting

In a joint effort to raise awareness about cancer, Bollywood actress Manisha Koirala and Indian cricketer Yuvraj Singh Tuesday evening pepped up millions of people affected with the ailment, asserting ‘If we can, you can’. Rejecting the notion ‘cancer has no answer’, both Koirala and Yuvraj Singh valiantly fought and overcame the life-threatening cancer. The Bollywood actress and the aggressive left-handed batsman spoke about the traumatic moment when they came to know of their affliction, followed by agonising and tough treatment process, but finally – the victory over cancer. Also Read - Ganesh Chaturthi 2020: 4 reasons an eco-friendly Ganesha is good for you

Having gone through it all, both have decided to spread awareness about the disease. ‘No matter at what stage the disease is detected, you have to pick up the pieces yourself and fight back. I tell people ‘If Yuvi can, you can’,’, said Yuvraj Singh during a lively interaction programme, ‘Pratigya, Cancer Myths and Reality’, organised at a five-star hotel in Kolkata. (Yuvraj’s battle with cancer) Also Read - 7 reasons why the #BeefBan is good

Manisha, who dislikes the term ‘cancer survivor’ as it sounds ‘meek’, called herself a ‘cancer crusader’. ‘A crusader has the attitude which gives you strength, because that is what you need when you are fighting a disease, which may be cancer or some other thing.’ ‘There is a stigma that cancer means death. No, it is not so. I know lot of people who got cancer, got treatment and are fine. Let us crusade against any kind of challenges,’ said the actress. Also Read - This is how cricketer Yuvraj Singh stays fit

Cancer patients, doctors, leading Bengali film stars, singers, fashion designers, sportsmen, socialites – in short, the creme de la creme of the city attended the programme that aimed to raise awareness about cancer.  The audience listened to the duo in rapt attention, breaking out in spontaneous applause now and then.

Yuvraj acknowledged they had now become role models for cancer patients. ‘We both are symbols of hope and courage.’ On his comeback into the Indian team, he said: ‘It is the passion to come back. If you have the passion, you can come back. This is the reason I am back. Hopefully, I can play a few more years for the country’.

The strength to fight against the disease comes from within, your family, friends and well-wishers, said the cricketer.  Yuvraj exuded confidence that Manisha would also make a comeback, but cautioned her against hurrying. ‘The media should not hound her about her comeback schedule,’ he added.

The star-cricketer said, early detection was the key to fight back the disease. Manisha Koirala, who gave a motivational speech, helped by audio-visual props like slides, her pictures as a child, a young girl, an actress and as a cancer patient, said: ‘The disease has taught me what all that is important in my life. I want to tell people how fragile life is. We should value our life, our health.’

She stressed on leading a healthy life and eating organic food. Leading Bengali film actress Rituparna Sengupta, whose organisation ‘Bhavna Aaj or Kaal’ tied up with corporate affairs expert Subroto Mukherjee’s ‘Illusions’ for the show, said: ‘We all have our professional lives, but beyond that we have some duty. We need to do our bit for the society.’

Cancer is the uncontrolled growth of abnormal or malignant cells in the body that multiply autonomously, invading other tissues both near and far from the source. Read more.. 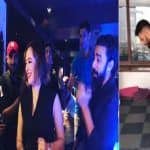 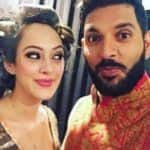 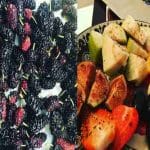