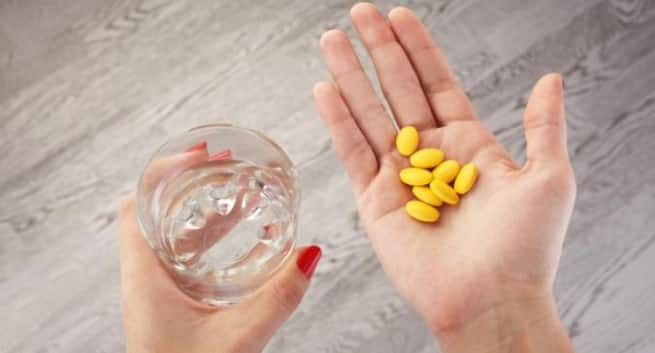 Commonly prescribed painkillers need to be given for shorter periods of time to reduce the risk of obesity and sleep deprivation, a new study has revealed. Over the past 10 years, there has been a large increase in the prescription of medications such as opioids and some antidepressants for chronic pain management. Experts at Newcastle University have today published a study in the academic journal, PLOS ONE, which shows the serious impact of these medications and highlights the need to reduce their use. Also Read - Increasing opioid dosage may not help in reducing non-cancer pain

Findings show that medications commonly used to treat pain, like gabapentinoids such as gabapentin, pregabilin and opiates, doubled the risk of obesity and were associated with poor sleep. Also Read - Marijuana can work wonders for your pain: Report

Scientists assessed the cardio-metabolic health the inter-relationship between metabolic and cardiovascular disease – in more than 133,000 participants from the UK Biobank. Body Mass Index, waist circumference and blood pressure were compared between those taking painkillers for chronic, non-cancer pain and cardio-metabolic drugs, compared to those prescribed cardio-metabolic treatment only. Conditions that can require the use of this treatment include migraine, diabetic neuropathy and chronic lower back pain.

In 2016, 24 million opiates prescriptions were issued in the UK, exactly double the amount of 2006. Two years ago, 11,000 patients were admitted to hospital due to an opiate overdose. Findings of the new study show people on opiates and cardio-metabolic drugs reported 95% rates of obesity, 82% very high waist circumference and 63% hypertension, as opposed to those on cardio-metabolic drugs only. Results suggest that chronic pain medications should be prescribed for shorter periods of time to limit serious health complications. Dr Sophie Cassidy, Research Associate at the Institute of Cellular Medicine, Newcastle University, is lead author of the study.

She said: In the last two decades there has been a significant increase in the number of people being prescribed both opioid and non-opioid medications to treat chronic pain. However, this is the largest study looking at the links between commonly prescribed painkillers and cardio-metabolic health. Read this before popping a painkiller for menstrual pain

We already know that opiates are dependency-forming, but this study also found patients taking opiates have the worst health. Obesity rates are much higher, and the patients reported sleeping poorly. These results add further weight to calls for these chronic pain medications to be prescribed for shorter periods.

Opioids are recognised as being among the most dangerous prescription painkillers because they are addictive which can lead to them being abused. Patients can require continuous use of the drugs to feel normal and avoid symptoms of withdrawal. In the last decade, the number prescribed has doubled and long-term use has become increasingly controversial as the medication causes sleep disorders, daytime sedation and accidental overdose.

Dr Kirstie Anderson, Honorary Senior Lecturer at Newcastle University and Consultant Neurologist at Newcastle Hospitals NHS Foundation Trust, co-author of the study, says the findings highlight the risks of overusing strong painkillers. She said: There has been recent concern about the addictive nature of opioids and many side-effects, including worsening overnight breathing and therefore disturbing sleep. Should YOU stop taking painkillers if you do not have pain?

Few studies have looked at the impact of these drugs on metabolism. Our study is the largest of its kind to look at this group of drugs and show an association between obesity and poor sleep. Further studies are need to understand how the drugs may affect metabolism over time.

There are many possible reasons why opioids can be associated with significant weight gain and obesity. For example, they can act as a sedative which makes patients less active and they have been shown to alter taste perception with a craving for sugar and sweet foods. Opioids are also known to worsen snoring and untreated sleep apnea, as well as causing problems with nocturnal hypertension.