Heading home after a long day at work, planning to relax on the couch and catch your favorite TV shows back-to-back? Well you could be at risk of heart disease. Dutch researchers have found that the 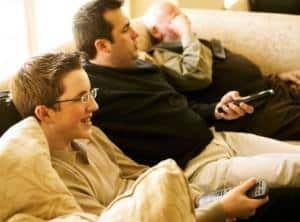 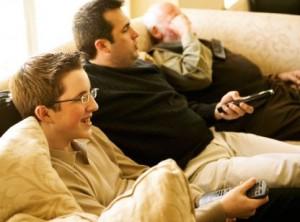 Heading home after a long day at work, planning to relax on the couch and catch your favorite TV shows back-to-back? Well you could be at risk of heart disease. Dutch researchers have found that the longer young people spend in front of the TV, the stiffer their arteries get a sign of likely heart disease in the future. The assumption is that people who spend more time in front of the TV are less likely to get up and be physically active through the day, resulting in a variety of problems, which are associated with a sedentary lifestyle. Researchers also added that the negative effects of sitting for long hours cannot be undone by exercising. In fact, earlier studies have also linked watching TV to increased weight gain, cholesterol, blood pressure and diabetes. Also Read - Ganesh Chaturthi 2020: 4 reasons an eco-friendly Ganesha is good for you

More about the study Also Read - Weight loss diet: How to eat healthy in a restaurant when you want to lose weight

Researchers wanted to see whether early signs of damage caused by hardly any activity could be detected in younger adults. They used data collected from 373 women and men, who filled out questionnaires about their TV viewing, exercise and other habits at age 32 and then again at age 36. At age 36, each participant also had an ultrasound measurement of the stiffness of several major arteries in the body. The researchers found those with the stiffest carotid artery the main blood vessel in the head and neck spent an average of about 20 more minutes per day watching TV, compared to people with the most elastic carotid artery. Similar results were seen for stiffness of the femoral arteries in the legs. ‘The fact that your arteries aren’t elastic predisposes you to develop hypertension in later age and cardiovascular disease,’ says Isabel Ferreira, senior epidemiologist at Maastricht University in the Netherlands.

She added that the critical cutoff’ was about two hours per day of sitting. Joel Stager, a professor at the Indiana University-Bloomington School of Public Health, said that those with stiff arteries wouldn’t face immediate health problems. But it raises their risks later on. ‘To be honest about this particular measure, it’s more of an association of future problems,’ he said. ‘In other words, it’s predictive of cardiovascular disease down the road.’ (Read: 70% of the urban Indian population at risk of heart disease!)

We got health experts to comment on the findings

Dr Suresh Vijan, cardiologist Lilavati Hospital and Hinduja HealthCare, says, ‘Couch potatoes living a sedentary lifestyle are at risk of premature heart disease, obesity hypertension. As mentioned in the above study, changes that occur in our arteries ie getting stiffer over time, do not reverse with subsequent exercise, ie these changes are irreversible even when they occur at a young age. The message is clear, heart disease starts at a young age and to prevent this we need to have active and not sedentary young adults. We need to increase our activity levels from child hood and maintain this through our lives. Watching TV is good but eating junk while doing so is bad. We see children eating fried , junk food, aerated drinks while watching TV, playing on computers, etc. Clearly we need to take account of out total lifestyle and change these factors to reduce the risk of heart disease setting in at an early age.’

Dr Kaushal Pandey, consultant cardiologist at Hinduja Healthcare Surgical, Khar, adds, ‘It has long been established that sedentary lifestyle is not good for health in general. People who lead sedentary lifestyle (couch potatoes included) have a much higher incidence of coronary artery disease, diabetes mellitus and obesity especially trunkal obesity.Trunkal obesity and obesity in general is increasing at an alarming rate in India especially in the big cities. This has happened because of indiscipline in food habits and complete lack of exercise. People wake up late, go to work and return back home only to sit in front of television. While watching television all they do is eat and eat all kinds of wrong food. Once the food is done with, the television remains on and desserts are polished in a big way. This is followed by going to bed. This lifestyle predisposes these people to obesity, coronary artery disease, diabetes mellitus, hypertension and many other lifestyle diseases.’ (Read: No country for fit people every other urban Indian is obese!)

Why we need to pay attention to our heart and health

Dr Kaushal adds, ‘Being healthy will result in good performance in every walk of life. Going to the gym fix to six times a week is a absolute must. Each time we go to gym we need to spend 45 to 60 minutes there. Twenty to 30 mins should be devoted to cardio exercises which includes running, treadmill, bicycle, roving machine and of course cross trainer. 20-30 mins should be devoted to weights and weight training. This, should be done five to six times a week. This exercise regime will result in healthy body and sound mind.’

Researchers say that people in their 30s who spend time watching TV, have stiffer arteries

A healthy diet for a healthy you 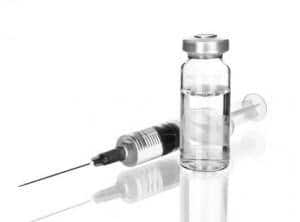 Adults can prevent diseases through vaccination

Now, a bra that tweets every time it is unhooked!