Tags: Health benefits of sex  In the news

Washington, Jan 13: A new study has confirmed that sex is good for health for because it does not accumulate harmful mutations. Jesse Hollister, a former University of Toronto post-doctoral fellow, said that the findings have allowed them to understand why an enormous diversity of species around the world go through the laborious process of sexual reproduction. For decades, evolutionary biologists found sexual reproduction to be a paradox. Also Read - Ganesh Chaturthi 2020: 4 reasons an eco-friendly Ganesha is good for you

Mathematically, asexual reproduction seemed to make more sense. Each organism – not just half the population — could produce offspring, and all its genes were passed on, rather than the 50 per cent from each parent in offspring from sexual unions. Hollister said that new mutations occur naturally in every species from one generation to the next. When species reproduce sexually, their genes are separated, shuffled and recombined in various ways, so each offspring doesn’t receive all of their parents’ mutations in addition to the naturally occurring ones. In asexual reproduction, however, the species copies the existing genome as a whole, effectively cloning itself. (Read: 5 hidden health benefits of sex for men) Also Read - Want a health boost? Have more sex

Therefore, they pass on all the mutations that naturally accumulate from generation to generation. A sexual reproduction leads to a buildup of deleterious mutations over time; it’s called Muller’s Ratchet and the species’ average fitness is reduced and they are less able to compete in the ecological arena than sexual species, so they have an increased probability of extinction. The study was published online in the journal Molecular Biology and Evolution.

Here are some health benefits of sex

Yes! It s true. Having sex regularly will decrease your chances of falling sick. According to a research conducted at WilkesUniversity, Pennsylvania, people who had more sex had 30% higher levels of the antigen immunoglobin A, as compared to people who didn t. This antigen defends your body against colds and flu.Alternatively, you could also try including these foods in your diet to boost immunity.

After you orgasm, endorphins which are released in your body make you feel relaxed and sleepy. Sleeping well is important too and has a range of health benefits of its own.

Indulging in sex releases endorphins like oxytocin which releases your stress by making you feel good. Even though, stress can lower your libido, it is advised that you do not get dissuaded and have sex. Read more about 8 healthy reasons to have more sex! 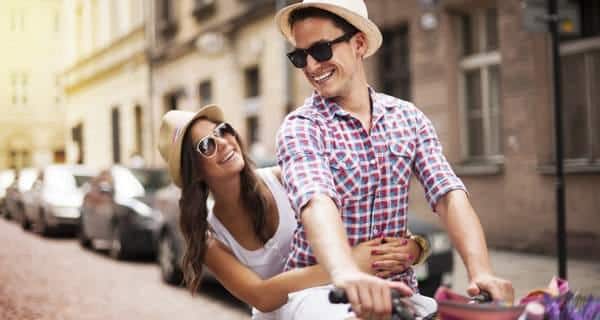 8 unusual ways to enjoy a date