World Malaria Day: WHO calls for collective will & determination to defeat malaria

On theWorld Malaria Day, WHO calls for collective will and determination to defeat malaria.

Malaria burden continues to be very high with an estimated 198 million cases and 584 000 malaria deaths worldwide in 2013. On the World Malaria Day, WHO calls for collective will and determination to defeat malaria. Also Read - World Malaria Day 2019: 6 maladies of a mosquito bite

Progress is being made in malaria control globally. Sixty-four of the 106 countries reporting malaria in 2000 have achieved the MDG target of reversing the incidence of malaria and 55 are on track to meet the target of reducing incidence rates by 75% by 2015. Malaria mortality rates have declined by 47% in all age groups and by 53% in children under 5 years. 670 million fewer cases have been reported and 4.3 million deaths averted between 2000 and 2013.

In the WHO South East Asia Region, between 2000 2013, the confirmed malaria cases have decreased from 2.9 million to 1.5 million, six of ten malaria endemic countries reported >75% decrease in the incidence of microscopically confirmed cases, and the reported malaria deaths decreased from 5 500 to 776.

India and Myanmar, which together with Indonesia contribute over 90% of malaria cases and deaths in the Region, are also making significant progress in malaria control.

WHO joins partners to appeal to invest in the future: defeat malaria . 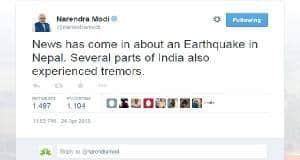 HIV outbreak in US: 142 test positive in Scott county, Indiana