Diabetes among the young individuals act as the ‘silent killer’ that affects the vital organs by increasing the risk of heart disease, renal disease and risk of multiple organ failure, thereby, peaking in people during the most economically productive age group and hampering productivity and quality of life

Diabetes among the young individuals act as the silent killer that affects the vital organs by increasing the risk of heart disease, renal disease and risk of multiple organ failure, thereby, peaking in people during the most economically productive age group and hampering productivity and quality of life. World Health Organization estimates that in 2012, around 1.5 million deaths worldwide were directly caused by diabetes, with more than 80% of these deaths occurring in low- and middle-income countries like India. Also Read - Diabetes: Common mistakes you are making that can raise your blood sugar levels

Often known as the diabetes capital of the world, India has been witnessing an alarming rise in incidence of diabetes in young adults according to the International Journal of Diabetes in Developing Countries. With over 67 million Indians already recognized with having diabetes and 77 million pre-diabetics, the country has become the home to the world s second largest population of diabetics after China. The most disturbing trend is the shift in age of onset of diabetes to a younger age in the recent years, Young Indians as 11.1 % adult males and 10.8 % adult females are suffering from it. (Read: World Health Day 10 % of pregnant woman at risk of gestational diabetes)

On this World health Day, doctors at Columbia Asia Hospital, say the downward shift in average age of diabetes incidence can be attributed to lifestyle factors such as reduced level of physical activity, increase in obesity, increasing consumption of high carb low fibre foods. While the cases of all kinds of diabetes are found amongst the young adults, Type 1 and Type 2 have turned out to become the most common ones. Notably, an increasing number of children and young adults are falling prey to type 2 diabetes, which is a worrying trend.Unfortunately, this alarming condition is yet to get due attention and awarenesss is still markedly low about this disorder. (Read: World Health Day 2016 Here s how to win the battle against diabetes)

Diabetes is certainly one of the biggest global challenges. With a person dying and two cases being identified every ten seconds, the chronic disease is certainly emerging as a threat. Earlier we would hardly come across patients below 40 years being diabetic. However, today, we encounter cases with patients under the age of 30 getting type 2 diabetes. Few years ago, Type 2 Diabetes used to affect only adults and its incidence in children was extremely low but that is no longer the case. It is hitting the children and young adults now, said Dr Abhay Ahluwalia, Consultant Endocrinology, Columbia Asia Hsopital-Gurgaon. (Read: 3 out 5 doctors believe that the unruly lifestyle is the reason India is the world s diabetes capital)

Focused to beat diabetes, the World Health Day 2016 is themed to scale up diabetes prevention, strengthen care, and enhance surveillance. The theme comes on the back of the fact sheet on diabetes and statistical models of disease projection by WHO that expects the global burden of Type-2 diabetes to increase to 438 million by 2030 from 285 million people (recorded in 2010). The statistic further states a similar situation for India where the increase is estimated to be 58%, from 51 million people in 2010 to 87 million in 2030. (Read: World Health Day 2016 Government to design policies to control junk food consumption in India to tackle diabetes and obesity)

‘Rapidly changing lifestyles with imbalanced dietary habits with excess consumption of calories, simple sugars, saturated fats and consumption of less fibre, and markedly reduced physical activity are most certainly among the contributing factors. All these lifestyle issues that have put urban adults under a diabetes threat may also be endangering our young adults, making them more vulnerable towards Type 2 diabetes. Therefore, it is important that we live on a healthy diet with regular monitoring of glycemic level topped with compulsory and consistent physical activity in order to keep our children away from type 2 diabetes. If India doesn t awake from its slumber, by 2025, every fifth diabetic on earth would be an Indian, said Dr Abhay Ahluwalia, Consultant Endocrinology, Columbia Asia Hsopital-Gurgaon. (Read: World Health Day Cycling and other ways you can keep diabetes away)

The current scenario of diabetes in India is likely to worsen in the coming decade. With the country having the highest number of diabetic patients in the world, the insulin disorder is posing an enormous health problem to our country today. Taking cue from the prevailing situation, Indian Prime Minister has dedicated the year to diabetes. In his programme, Mann Ki Baat , the prime minister talked about dedicating the year to cure and curb the rising incidences of diabetes in the country. ‘The diabetes threat is a major threat to our future generation. Rising incidence of obesity among children is making them more vulnerable to early diabetes. It is important for parents to become aware of the threat and prevent children from indulging in excessive intake of fast food, and sedentary lifestyles, said Dr Abhay Ahluwalia, Consultant Endocrinology, Columbia Asia Hsopital-Gurgaon. Here are 10 healthy resolutions every diabetic should follow for a better life. 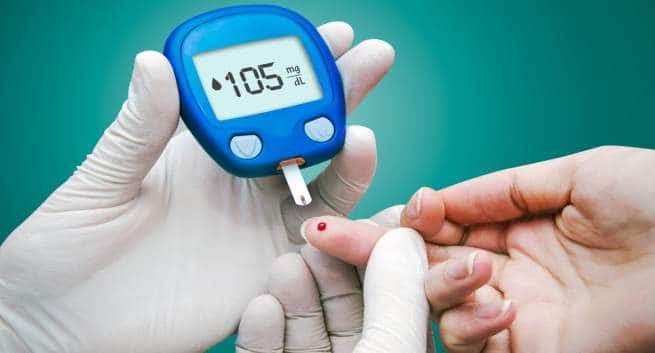 Here's what prediabetes means and how it affects our body