Global climate change magnifies the effects of pollution and will worsen the incidence of asthma, allergies, infections and cardiovascular diseases worldwide, says a study. Also Read - World Environment Day: 5 Simple Steps You Can Take To Protect The Environment

“Since my research focuses on environmental air pollution and its impact on the respiratory system, my biggest concern has been with issues of air quality,” said Kent Pinkerton, professor of paediatrics at the University of California, who co-authored the study. Also Read - Deadly brain-eating amoeba spreading across the US: What can you do to prevent it?

“These include more smoke and particulate matter from more wildfires, which are known to increase in frequency as the climate warms, and the presence of airborne particles from dust storms caused by desertification,” added Pinkerton.

For example, mould spores that were previously seen only in Central America have been found as far north as Vancouver, British Columbia, promoting increases in allergy and asthma, with climate-change conditions implicated, according to a California statement.

“There are certain vector-borne diseases caused by certain types of parasites or organisms whose range has expanded and that has been associated with increases in temperature,” Pinkerton, who co-authored the study with William Rom, professor of environmental medicine at the New York University, said.

Pinkerton said some prospective respiratory health impacts from global climate change will be direct, such as more asthma due to increases in particulate matter in the atmosphere because of desertification, or increases in pollen because of more and extended plant blooms.

“There are individuals who will be much more susceptible to the effects of global climate change than will the members of the general population,” Pinkerton said.

“In particular, we know that infants and young children, people with asthma or chronic obstructive pulmonary disease (COPD), and those who are elderly or who have compromised immune systems will have more difficulties when air quality is poorer,” Pinkerton added. 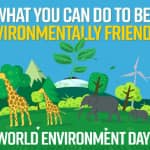