World Aids Day: Lack of access to condoms in India is a growing concern

Despite efforts at various levels, the overall use of condoms among couples in India is low.

According to various studies done on India's scenario on HIV-Aids and preventive measures taken, it is majorly extensive labour migration and low literacy levels in certain rural areas where there's lack of awareness and gender disparity. According to National AIDS Control Organisation(NACO)'s state-wise factsheet here's a graphical representation of the states divided according to the population affected by HIV-AIDs in descending order: 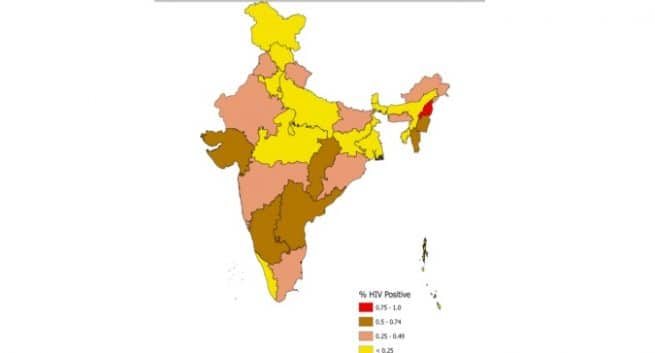 Now while there are many innovations to control population explosion in India according to experts that you can read, the major precautionary method that can help control HIV-Aids is condoms. A study[1] done on male condoms says, 'With the increasing prevalence and incidence of sexually transmitted infections (STIs) including HIV/AIDS, condoms were also promoted as a dual method for protection against both unintended pregnancies as well as sexually transmitted infections. Despite efforts at various levels, the overall use of condom among couples in India is low.' This directly explains a major cause of the prevalence of HIV infected population in the country. A major shortage of condoms referred to as 'condom crisis' in many reports is prevalent in India too. While we talk about the lack of awareness of the methods to prevent HIV-AIDS, lack of access to condoms by Indians is another growing concern. According to reports by NACP IV MTR, only a minimal 16 percent of the Indian population has access to condoms. AHF India's plans to launch India s first free condom store . In the year 2015, there was a severe shortage of condoms under the government's AIDS control programme, giving rise to a public health concern over the risk of HIV infections. The shortage affected states such as Haryana, Uttarakhand and Madhya Pradesh, which have relatively high HIV prevalence. Our country needs accessibility to condoms with the easy availability and increasing awareness especially in the rural parts of India.