US Secretary of State Hillary Clinton unveiled a blueprint for ending the deadly AIDS virus worldwide, a two-pronged plan that requires increased prevention efforts and greater access to treatment. Sh 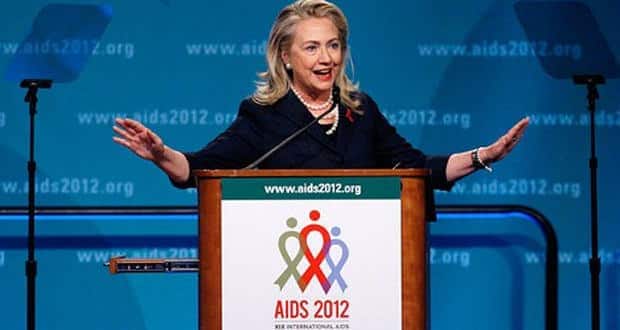 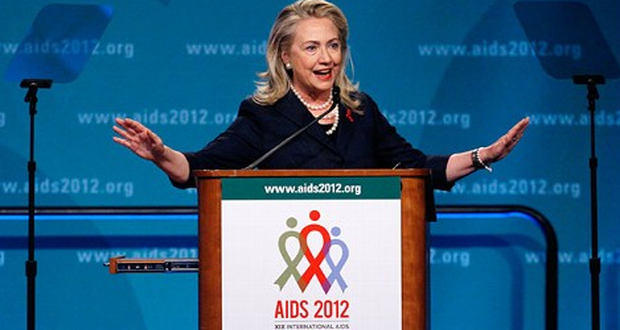 US Secretary of State Hillary Clinton unveiled a blueprint for ending the deadly AIDS virus worldwide, a two-pronged plan that requires increased prevention efforts and greater access to treatment. She said the plan would someday lead to ‘an AIDS-free generation.’ ‘We can reach a point where virtually no children are born with the virus, and as these children become teenagers and adults, they are at a far lower risk of becoming infected than they are today,’ Clinton said at a press conference to announce the plan. Also Read - Ziqitza Healthcare Ltd Advocates Importance of Precautionary Measures for HIV & AIDS Prevention

‘And if they do acquire HIV, they have access to treatment that helps prevent them from not only developing AIDS, but from passing the virus on to others,’ she added. Also Read - Bhutan marks World AIDS Day, says reports

The blueprint was developed at Clinton’s request by the President’s Emergency Plan for AIDS Relief (PEPFAR), a US government initiative launched under former president George W. Bush to help save the lives of HIV and AIDS victims around the world.

The plan spells out a set of specific goals with action steps designed to halt the disease, including, increasing the number of men who are voluntarily circumcised, a procedure that could reduce a man’s chances of contracting HIV by 60 percent.

Other goals included eliminating new HIV infections among children by preventing mother-to-child transmissions, focusing on women and girls who are at higher risk for HIV infections, increasing prevention efforts such as condoms and counseling for at-risk populations, including people who inject drugs, sex workers, those trafficked into prostitution, and men who have sex with men.

‘When discrimination, stigma, and other factors drive these groups into the shadows, the epidemic becomes that much harder to fight,’ Clinton said. Through PEPFAR, Clinton said this year the US has helped more than five million people obtain the antiretroviral medications (ARVs) used to treat the virus, an increase of more than 200 percent since 2008.

She also hailed a sharp decrease in the number of new HIV infections in low-and-middle income countries worldwide and said with a focused effort, the deadly virus can be halted. ‘Tens of millions of mothers and fathers whose children will be born free of this disease, who will not know the horror of AIDS that is the world we are working for,’ she said. The US Centers for Disease Control and Prevention estimates more than 34 million people have HIV and AIDS worldwide, just over one million of them in the US.

Modern eye hospital to come up in Delhi