Women likelier to have extramarital affairs during summer! 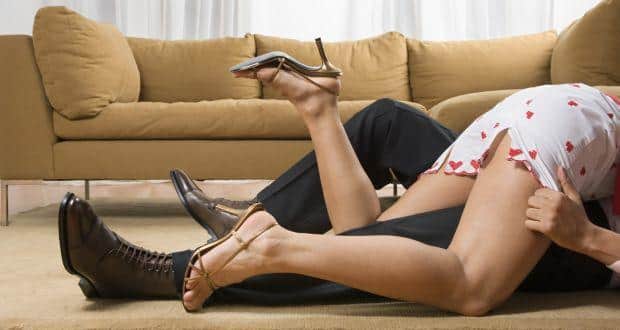 A survey of married women in Europe suggests that when the weather gets warmer they start to spend more time thinking about sex. According to a survey carried out by the extramarital dating website Gleeden.com and published this week, 71 per cent of married women in France, Switzerland, Spain, Belgium and Italy said they have more sex in the summer. Naturally, their kinky summertime adventures aren't always with their husbands.

'The arrival of warm weather awakens in every living thing an instinct for a more intense pursuit of pleasure and the joy of orgasm. This is first and foremost linked to sexual reproductive needs. It cannot be denied that sexuality is, subconsciously, a matter of reproduction, although nowadays this hormonal aspect seems to be secondary,' explains sex therapist Christian Genest.

And the findings of Gleeden.com's survey seem to confirm his observations. 76 per cent of the respondents said they experience an increased sex drive during the summer, and almost as many (71%) said they have more sex.

While husbands will almost certainly benefit from the trend, not all of the extra sex their wives plan on having will be with them. 74 per cent of the women surveyed admitted that the warm weather made them think about having an extramarital affair. And almost as many, 70 per cent, said they will probably try out their seduction skills this summer.