New Delhi, June 17 (IANS): A woman who had filed a negligence complaint against St. Stephen's Hospital for a botched up sterilisation has been shown the door by the top consumer court. The court sayi

New Delhi, June 17 (IANS): A woman who had filed a negligence complaint against St. Stephen’s Hospital for a botched up sterilisation has been shown the door by the top consumer court. The court saying that she deliberately did not abort the unwanted pregnancy and moved a consumer forum for compensation as a girl was born to her. The National Consumer Disputes Redressal Commission slammed complainant Shalini, a resident of north Delhi’s Alipur, and reversed a state consumer commission judgement in her favour. Also Read - More than 138 million deaths per year are due to medical negligence: WHO

‘Sterilisation is not 100 percent safe and sure and after getting knowledge of conception in spite of having undergone the sterilization operation, if the couple opts for bearing the child, it ceases to be an unwanted child and compensation for maintenance and upbringing of such a child cannot be claimed,’ the national commission said in a recent judgement. Also Read - World Population Day 2018: 6 ways of contraception for a healthy family

The commission’s Presiding Member K.S. Chaudhari and Member B.C. Gupta said: ‘After confirmation of pregnancy, Shalini should have filed a complaint immediately, but she waited till delivery and it appears that as female child was delivered, she filed the complaint, which is not fair on her part.’ The commission offered relief to the hospital and dismissed the state consumer commission’s decision which held the institution and one of its doctors guilty of negligence resulting in Shalini conceiving despite undergoing an abdominal tubectomy operation Jan 28, 1998. Also Read - Hospital orders probe over negligence charge in Kolkata

Chaudhari said after the sterilization operation, when Shalini noticed her pregnancy in September-October 2000, she could have terminated it if she was not willing to bear the child, as this was legal and permissible under the Medical Termination of Pregnancy Act, 1971. Since she opted for bearing the child, she could not seek compensation for bringing up the child and expenses to be incurred on her marriage, the apex consumer commission said.

The national commission dismissed allegations of medical negligence against the hospital and noted that at the time of conducting the sterilisation procedure, it was clearly mentioned by doctors that the operation may be unsuccessful and her husband should go for vasectomy. But he did not do so. Shalini, in her complaint before the district forum claimed that despite undergoing the tubectomy, she became pregnant and gave birth to a child July 27, 2001.

Alleging medical deficiency in the sterilization operation by the St. Stephen’s Hospital, she claimed Rs 25,000 towards general expenses for the delivery and Rs 4 lakh for bringing up the unwanted child, her residence, medical attendance, treatment, day-to-day general expenses and her marriage. The hospital and its doctor contested the complaint and submitted that sterilization was performed with utmost skill, care and caution. They explained that there was a patient-specific problem in achieving a successful procedure and this was conveyed to her.

The district forum, after hearing both the parties, allowed Shalini’s complaint and awarded Rs 1 lakh as compensation and Rs 2,000 as cost of litigation to her. An appeal filed by the hospital against the district forum decision was dismissed by the state consumer commission. The national commission has now reversed the findings of the state commission, given a clean chit to the hospital and quashed the direction to pay compensation to Shalini. 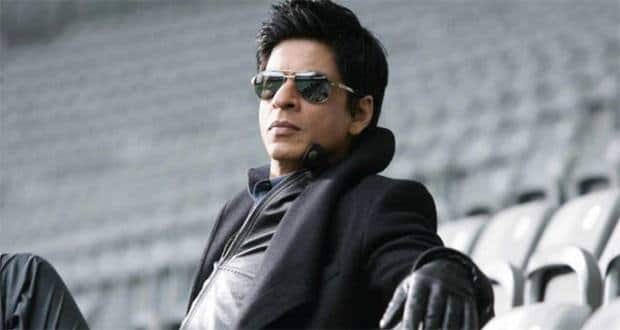 Has Shah Rukh Khan broken the law by pre-determining the sex of his third child through surrogacy?