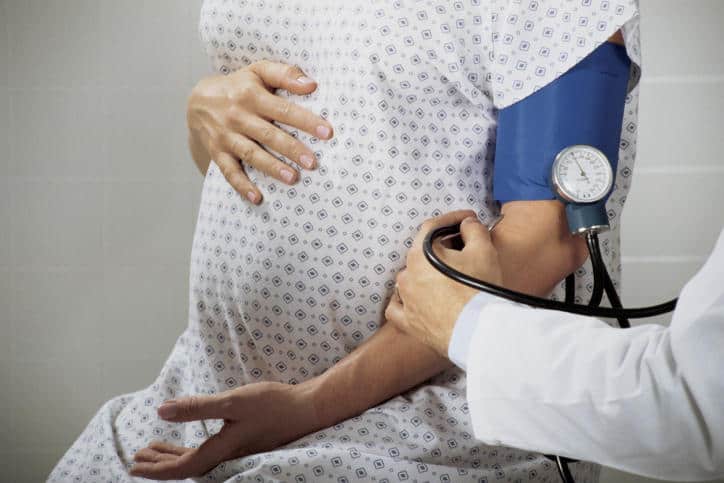 Medicos were stunned when Meera, from Raigad district delivered a healthy 3 kg baby boy, despite suffering from massive fibroids since the first 2 months of her pregnancy. Doctors discovered multiple, large uterine fibroids in her first pregnancy's eighth week, the largest measuring 13x11x8 cms.

"It is usually difficult for a woman to conceive when there are cervical fibroids obstructing the uterine canal. Yet, this woman had conceived spontaneously within the first few months of her marriage," said Dr Y.S. Nandawar, He admitted that continuing such a pregnancy was fraught with other problems like increased risk of abortion, severe bleeding, pre-term labour, increase in the size of fibroids, difficult labour, risk of hysterectomy and ante-partum and post-partum hemorrhage. Nandanwar said that these complications can be often "life threatening" and the patient as well the doctors faced the dilemma of possible complications during termination of the pregnancy, loss of uterus and probably infertility, and complications of continuing the pregnancy. "However, we finally decided to continue the pregnancy in consultation with her family, and she was admitted to hospital till the 14th week of her pregnancy. After carefully monitoring her condition, she was re-admitted from the eighth month to prepare for the delivery".

She underwent a Caesarean Myomectomy (removal of the fibroids before the main surgical procedure for the delivery) . It is an exception ,as this surgery is complicated by severe torrential life-threatening bleeding and increase in patient morbidity. Much to the joy of the mother, her family and the medical team, a healthy baby boy, weighing 3 kgs, was delivered July 4. This procedure not only helped her become a mother it has restored her disfigured womb, leaving her free of tumors and fibroids.