Home / Health News / Will treatment for diabetes be revolutionised with this new target tissue?

Will treatment for diabetes be revolutionised with this new target tissue?

Japanese researchers have identified a novel target for developing diabetes treatment -- a substance that cells in the exocrine tissue, which is responsible for digestion, secrete during the development of the pancreas.

Japanese researchers have identified a novel target for developing diabetes treatment — a substance that cells in the exocrine tissue, which is responsible for digestion, secrete during the development of the pancreas. This is an exciting finding, said Yoshiya Kawaguchi from Kyoto University in Japan. Diabetes describes a disease where the body is not receiving a sufficient supply of insulin. It commonly inflicts the pancreas, the organ responsible for insulin production. More specifically, it inflicts the cells that produce insulin, which are found in the endocrine tissue of the pancreas. However, the new results suggest the exocrine tissue could have a role in treatment. The pancreas is constituted of two tissues that are structurally and functionally distinct, which makes it unique , Kawaguchi explained. However, while the exocrine and endocrine tissues operate independently in mature pancreas, they are formed at the same time during pancreas development. (Read: 10 home remedies for diabetes that really work!) Also Read - Can diabetes be prevented? Things to do if you are at risk

Kawaguchi wondered if diseased exocrine tissue could cause deficiencies in the production of endocrine cells. To investigate this possibility, his team created mice with depleted Pdx1 gene, which in the pancreas is exclusively found in exocrine tissue. The result was underdeveloped pancreas, but in addition, and surprisingly, the mice showed diabetes phenotype, such as low insulin levels, suggesting endocrine development was also affected. However, what caught the researchers’ attention was which cells had changed. Endocrine progenitor cells that did not have the mutation in the mutant mice also showed poor survival. (Read: How to use natural remedies to control diabetes better) Also Read - Diabetes: Common mistakes you are making that can raise your blood sugar levels

These results suggest non-cell autonomous effects, which describes the phenomenon where cells with genetic defects may cause malfunction in neighbouring, genetically healthy cells, and could have important implications for diabetes treatment. It means the exocrine cells secrete something that promotes the differentiation and survival of endocrine cells during development, Kawaguchi noted. This substance, Kawaguchi hopes, could lead to promising treatments for diabetes. The findings appeared in the journal Scientific Reports. Here are 10 healthy resolutions every diabetic should follow for a better life.

Indians suffer from huge financial losses due to heart disease 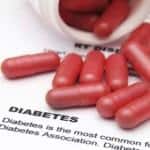 One in three diabetics stop taking medicines for this reason!

World Diabetes Day 2017: Sale of anti-diabetic medicines in India on the rise 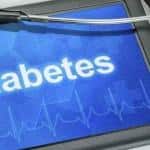