The 23-year-old woman who was brutally gang-raped last Sunday is now battling possible sepsis at Safdarjung Hospital in New Delhi, Sir Gangaram Hospital offered the victim free intestinal transplant and also offered to bear the cost of all subsequent treatment. The offer was communicated to the hospital by D.S Rana, the Chairman of Sir Gangaram Hospital. ‘Moved by the plight of the young intern at a private hospital in the city, who was training to be a physiotherapist, we have offered her free treatment. Sir Ganga Ram Hospital has performed India’s first and only living donor intestinal transplant which has been reported in a peer reviewed journal this year,’ Rana said. Also Read - Delhi Shame: Two minors raped again, is the capital still sleeping?

The doctors had to remove a large part of her intestine as it turned gangrenous following the blunt injuries inflicted by the people who raped her. If it wasn’t removed in time, there might have been severe infection leading to even death. Samiran Nundy, chairman, department of surgical gastroenterology and organ transplantation at Sir Ganga Ram Hospital, said intestinal transplant is the only course of treatment that would offer the victim the chance of a functional intestines. Doctors said an intestinal graft could be obtained either from a brain-dead donor or from a living related donor. Also Read - Women's Day 2015: India's daughters decide a rapist's fate

“Transplant can be life-saving in patients with intestinal failure and failure of parenteral nutrition. However, getting an organ from a deceased donor is hard in India. The living donor option also has a few advantages. Both these options could be available for the victim once her condition stabilises,” said Naimish Mehta, transplant surgeon at Sir Ganga Ram Hospital.

Mehta added: “In a normal individual, the length of the small intestine is approximately 600 cm, of which 200 cm of intestine can be removed for transplantation without any adverse effect on the living donor. In contrast, whole of the intestine from the brain-dead donor can be used for intestinal transplantation.”

The gang-rape occurred Sunday night after the woman and her male friend boarded a private bus in south Delhi to go home after watching a movie. The young woman was brutally assaulted in the moving bus. Her male friend who tried to save her also was beaten up by the rapists. Both were dumped by the roadside near the domestic airport after some 40 minutes of ordeal. 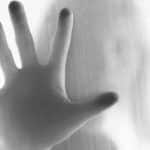 Delhi rape victim passes away: Will India finally wake up? 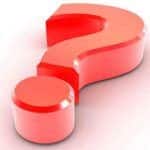 Why wasn't the Delhi rape victim shifted to AIIMS instead of Singapore? 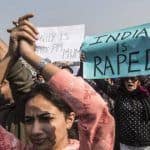