Will a course on gestational diabetes help increase awareness?

A new course specialising in Gestational Diabetes Mellitus (GDM) is being launched for 1000 gynaecologists and obstetricians across the country. Gestational diabetes is quite prominent in India with o

A new course specialising in Gestational Diabetes Mellitus (GDM) is being launched for 1000 gynaecologists and obstetricians across the country. Gestational diabetes is quite prominent in India with one in 10 women suffering from it during their pregnancy. That means that of the 27 million deliveries a year, 2.7 million are likely to suffer from gestational diabetes. Also Read - Children born to mothers who had diabetes during pregnancy may age faster

Also Read - Here is how you can manage gestational diabetes naturally

The Federation of Obstetric and Gynaecological Societies of India (FOGSI) hopes that the 1,000 doctors, trained in endocrinology during their course, would be able to detect signs of diabetes early and counsel their patients on managing it better. Also Read - Suffering from gestational diabetes? Here is what you should eat

We hope they also establish diabetes in pregnancy (DIP) clinics for a focused and specialized care of such women. Through meal plans they may not even have to get diabetes, says FOGSI president Dr Hema Dhivakar. The 1000 doctors would be taught by 100 master trainers, including gynaecologists and endocrinologists. Doctors said women who develop GDM are likely to get diabetic later in life without proper care and make even their children susceptible to the disease.

What is gestational diabetes?

Pregnant women who were not diabetic before but who have high blood sugar levels during pregnancy are said to have gestational diabetes (GD). Normally, the disease affects women quite late in her pregnancy, around the 24th week. The disease does not show noticeable signs or symptoms. In some cases however, gestational diabetes may cause excessive thirst or increased urination. Read more about the disease here.

Disability issues must be addressed on priority: Experts 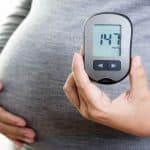 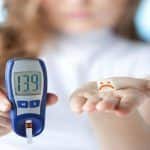 World Diabetes Day 2018: This is how diabetes affects fertility in women