Home / Health News / Taking antibiotics for cold and cough is a bad idea!

Taking antibiotics for cold and cough is a bad idea!

They can do your body more harm than good if taken during a cold. 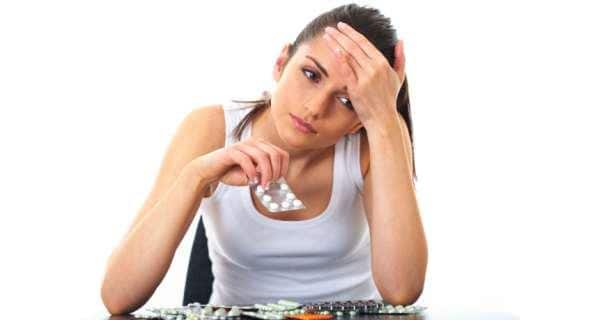 November 16th to 22nd is antibiotic awareness week. Also Read - Antibiotics given to babies 'linked to allergies, asthma and other conditions'

Antibiotic resistance is now becoming a global scare and what is making its worse is the fact that people are taking antibiotics for minor ailments like cold and flu without knowing its implications. Lack of awareness makes them reach out for over-the-counter medications for instant relief and at times it is prescribed by the doctors and other health care practitioners too. Here is how bacteria develop resistance to antibiotics. Also Read - Inflammatory bowel disease and other side effects of antibiotics

But remember taking antibiotics for cold and cough isn t necessary. Most of the time colds or other upper respiratory tract problems are either due to allergies or viral infection, which doesn t require antibiotics. It is only 10 percent of these colds that would need an antibiotic after a through proper clinical assessment by a doctor, says Dr Sandeep Sonawane, general practitioner, Sunrise Hospitals, Mumbai. How much do you know about your antibiotics? Click to know here.

Why are antibiotics a complete no-no for colds?

Here is the bottom line: Antibiotics are prescribed to fight infections caused due to a bacteria and not viruses. Using a medication when it is not needed can cause your body to react in a different way. It might not seem like a harm you are doing to yourself. But over time, using antibiotics for no reason could lead to antibiotic resistance and make your body less effective against those medications. This is a reason they fail to work when your body really needs to fight a bacterial infection. Here is why antibiotic resistance is more dangerous than you think.

So when should you take antibiotics for a cold?

Never demand your doctor to prescribe antibiotics or get it from a medical shop to treat your cold. In case, your cold and cough is a symptom of an underlying bacterial infection then probably your doctor would prescribe one to you. The symptoms of cold due to a bacterial and viral infection are usually the same. So only a doctor can decide if you need an antibiotic for your condition. Usually, a cold accompanied by high-grade fever, weakness and which isn t responding to antipyretic medications (medications given to treat fever) might need prescribed antibiotics, says Dr Sonawane.

Why should you be cautious with antibiotics?

A multi-country survey done by the WHO reveals a widespread misunderstanding on antibiotic resistance. Antibiotic resistance happens when bacteria change and become resistant to the antibiotics used to treat the infections they cause. Overuse and misuse of antibiotics increase the development of resistant bacteria, and this survey points out some of the practices, gaps in understanding and misconceptions that contribute to this phenomenon. Of the 12 countries that participated in the survey here are the finding with antibiotic usage and level of awareness in India:

Off the 1023, online interviews were taken,

More than three quarters (76%) of respondents report having taken antibiotics within the past six months; 90% say they were prescribed or provided by a doctor or nurse.

Three-quarters (75%) of respondents think, incorrectly, that colds and flu can be treated with antibiotics; and only 58% know that they should stop taking antibiotics only when they finish the course as directed.

While 75% agree that antibiotic resistance is one of the biggest problems in the world, 72% of respondents believe experts will solve the problem before it becomes too serious.