Why some people are likelier to suffer from stress 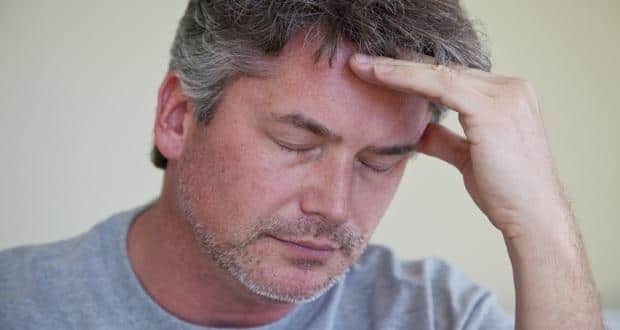 Ever wondered why some people are more vulnerable to stress and stress-related psychiatric disorders? A new study may explain! The tiny addition of a chemical mark atop a gene well known for its involvement in clinical depression and post-traumatic stress disorder can affect the way a person's brain responds to threats, according to the study.

The study by Duke University researchers focused on the serotonin transporter, a molecule that regulates the amount of serotonin signalling between brain cells and is a major target for treatment of depression and mood disorders. In the 1990s, scientists discovered that differences in the DNA sequence of the serotonin transporter gene seemed to give some individuals exaggerated responses to stress, including the development of depression. (Read: Eat tulsi leaves to beat stress naturally)

Sitting on top of the serotonin transporter's DNA (and studding the entire genome), are chemical marks called methyl groups that help regulate where and when a gene is active, or expressed. "We decided to start with the serotonin transporter because we know a lot about it biologically, pharmacologically, behaviourally, and it's one of the best characterised genes in neuroscience," said senior author Ahmad Hariri, a professor of psychology and neuroscience and member of the Duke Institute for Brain Sciences. (Read: If you're stressed, stay away from these foods!)

The group performed non-invasive brain imaging in 80 college-aged participants, showing them pictures of angry or fearful faces and watching the responses of a deep brain region called the amygdala, which helps shape our behavioural and biological responses to threat and stress. The team also measured the amount of methylation on serotonin transporter DNA isolated from the participants' saliva, in collaboration with Karestan Koenen at Columbia University's Mailman School of Public Health in New York.

The greater the methylation of an individual's serotonin transporter gene, the greater the reactivity of the amygdala, the study found. Increased amygdala reactivity may in turn contribute to an exaggerated stress response and vulnerability to stress-related disorders. To the group's surprise, even small methylation variations between individuals were sufficient to create differences between individuals' amygdala reactivity, said lead author Yuliya Nikolova, a graduate student in Hariri's group. (Read: 7 stress-busting foods you should include in your diet (Gallery))

The research was published in the journal Nature Neuroscience.

What are the causes of stress?

Everyone is different and tend to react differently to situations, but broadly, stress can be caused due to problems at the workplace, problems at home or even sudden changes in life. Bereavement or the death of a loved one is also one of the most leading causes of stress. While the stimulus for the onset of stress could be different for all, the extent and severity of the condition depends on your innate strength to bear a problem. Therefore the stronger a person (mentally) the less likely he/she is to suffer from it.

What are its complications, if left untreated?

According to Dr Gorav, 'Ignoring it and living without dealing with the condition can leave you with many physical and psychological conditions such as asthma, diabetes, obesity, PCOD, menstrual disturbance, headache, eating disorder, weight Loss and even IBS (Irritable Bowel Syndrome).' Apart from that it can also lead to the development of obesity, heart disease and hypertension. Read more about Stress causes, symptoms, complications and management

For more articles on stress, visit our stress section. Follow us on Facebook and Twitter for all the latest updates! For daily free health tips, sign up for our newsletter. And to join discussions on health topics of your choice, visit our forum.