Why Indians don’t like using contraception despite better awareness?

In 10 of 14 states surveyed, use of any modern method of family planning, among women of child-bearing age (15 to 49), decreased 6 per cent over 10 years, despite a greater awareness of birth-control methods and an improvement in family planning services, according to a comparison of National Family Health Survey (NFHS) data from 2005-06 and 2015-16. 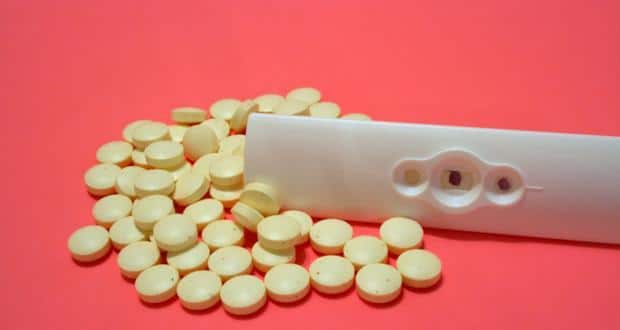 India has a growing population of 1.2 billion, but fewer Indians are using contraceptives than they were a decade ago, according to an IndiaSpend analysis of government health data. In 10 of 14 states surveyed, use of any modern method of family planning, among women of child-bearing age (15 to 49), decreased 6 per cent over 10 years, despite a greater awareness of birth-control methods and an improvement in family planning services, according to a comparison of National Family Health Survey (NFHS) data from 2005-06 and 2015-16. India’s population, now estimated at 1.32 billion, is expected to surpass China’s within the next six years and reach 1.7 billion by 2050, according to World Health Organisation projections. The largest decrease in the use of modern methods of contraception was 12 per cent, reported from Goa; Assam reported the largest increase, 10 per cent. Modern methods include: female and male sterilisation, the contraceptive pill, intra-uterine device (IUD), post-partum IUD (PPIUD, used after childbirth), injectables, male and female condoms, and emergency contraception. Seven of 14 states reported increased use of condoms, the largest increase (2 per cent) in West Bengal, the greatest decline (3 per cent) in Manipur. (Read: When is the right time to take an emergency contraceptive pill (morning after pill)?) Also Read - 3 Natural birth control methods to prevent unwanted pregnancy during lockdown

Six of 14 states reported more people using IUDs, the greatest increase in Sikkim (3 per cent), the largest decline in Karnataka (2 per cent). No more than four of 14 states show any increase in the use of contraceptive pills, with Assam reporting 12 per cent more users, and Goa and Sikkim reporting 1 per cent drops. The analysis of the most recent data from the NFHS-4 of 2015-16 is currently underway. The study of 14 states has been conducted by the International Institute for Population Sciences (IIPS) with government approval. Of the states currently surveyed, half reported more people using condoms, the other half reported a decline. This might be a case of the preferred method not being available, as some Front Line Services — accredited social health activists (ASHA), medical stores, and primary health centres (PHC) — may not have more than one or two government-promoted brands, particularly in rural areas, public-health consultant Kumar Das told IndiaSpend. These available methods, maybe, are not that interesting or not that pleasurable, he said. Most states saw a decrease in the use of the contraceptive pill and the IUD/PPIUD, which is a small device inserted directly into the uterus — one of the most effective, long-lasting, reversible birth controls. (Read: Can an emergency contraceptive prevent pregnancy?) Also Read - Worried about your skin rash? It may be due to your birth control pill

Eight of 14 states reported fewer people choosing the IUD/PPIUD. The percentage of women found to use an IUD/PPIUD was low in all states-below 1 per cent in several cases. Eight of 14 states also reported fewer people using the contraceptive pill than in 2005-06. Ten of 14 states reported 4 per cent or fewer using the pill. The Contraceptive Prevalence Rate (CPR) is the percentage of women aged 15 to 49 who are using, or whose partners are using, contraceptives at that point in time. If the CPR is high, Das said, it means that contraceptives are available, but the number of people using modern methods is low. One of the main issues is access to the preferred methods, Das argued, especially in rural areas, where reaching medical stores or health workers is, sometimes, difficult. Limited supplies may limit options. If a woman wants to wait at least two years for her next birth or wants no more children, but is not using any method of contraception, she is said to have an unmet need . If a woman just wants to wait at least two years, then she has an unmet need for spacing. (Read: When should you stop taking contraceptives if you are planning to get pregnant?)

The current data on unmet need is incomplete because it only considers the needs of married women. Six of 14 states reported an increase in unmet need. In Madhya Pradesh, the percentage of those surveyed who have unmet need has remained the same since 2005-06. Manipur reported the largest increase (15 per cent). Seven of 14 states have shown a decrease in total unmet need since 2005-06 — the decrease, as we said, indicating positive developments. The largest decrease was in Meghalaya (15 per cent). In 13 of 14 states, there is an increased unmet need for spacing. Again, the largest increase was in Manipur (8 per cent), and the greatest decrease in Meghalaya (17 per cent). Regardless of increase or decrease, the numbers are still relatively low. Fewer than 10 per cent of those surveyed in 12 of 14 states reported they had an unmet need for spacing. One reason could be that people want to have big families, and women do not want to space out their pregnancies, conceivably unaware of the health risks. Particularly in rural areas, Das said, people consider three or four children the minimum. But, again, only the man goes to the store. If a man wants another child straight away, the woman may not; but she may not have a choice. (Read: Inexpensive contraception choices that work)

The data overwhelmingly indicate that the quality of family planning services has improved in the last decade. All 14 states saw an increase in the number of women not using any kind of contraception who have been talked to by a health worker about family planning; 25 per cent more have had consultation in Goa, the largest increase. As many as 13 of 14 states reported an increase in the number of women — currently using some kind of contraception — who have now been told about the side-effects of family planning methods. The largest increase, 38 per cent, was again in Goa. The only decrease was 8 per cent in Madhya Pradesh. Despite the greater access to knowledge, fewer people are accessing contraceptives, by choice or for factors that still require research.

Worried about your skin rash? It may be due to your birth control pill