Why getting fit now is easier than ever before for Indians

The fitness industry is expected to grow to a mammoth Rs 100,000 crore by the end of this year.

In the last 10 years, the fitness scene has come a long way in India. People had to travel a long way in order to access a gym, protein shakes were considered harmful and a ripped body was something that only professional bodybuilders would have. Nowadays, every actor worth his salt is sporting six-pack abs and gyms are popping up in almost every locality. In the near future, getting fitter is expected to become even easier with the entry of new international gym chains in the market.

According to some estimates, the fitness industry is expected to grow to a mammoth Rs 100,000 crore by the end of this year. We spoke to Nick Orton, CEO of BodyPower (which is a consumer fitness exhibition that attracts thousands of health and fitness enthusiasts in India and UK) about the advances in the Indian fitness industry and where it is headed.

What do you think of the Indian fitness industry?

Firstly, educating personal trainers and fitness instructors while it s fair to say that India has some excellent world class educators, there is only so much that they can do in such a huge country. We need to roll out more quality training courses, utilise online learning better and change the way that gym owners remunerate quality trainers who are often poorly paid despite carrying out an important function.

Secondly, educating the public similar to many other countries, India has an issue of increasing rates of obesity, particularly in children. Improving one's fitness and nutrition are key preventative measures that will stem these statistics. 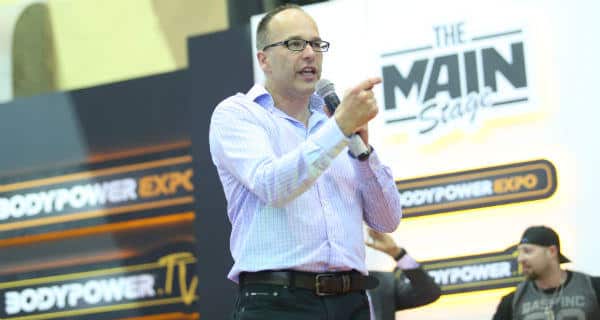 Do you think we Indians understand fitness as a concept or just aim for ripped muscles in order to look good?

I m sure Indians understand what being fit means. Most people like the fact that if they get fit, they look better what is not too well understood is that they will also feel better.

The challenge with increasing fitness levels is that it requires effort and willpower. In today s society, people want a quick-fix, but the human body doesn t work like this long-term lifestyle changes are needed for a lasting effect.

All the actors and actresses today have extremely fit bodies. Even the 48 and 49-year-old superstars have six-pack abs. On one hand, this has inspired people to get fitter, but it has also made a lot of people have body image issues. What is your opinion on this?

The upside of superstars and athletes inspiring people to get fitter far outweighs the negatives. We need public figures to embrace fitness as a lifestyle to help reverse the seemingly ever increasing health issues that the country has if that means that some suffer with body image issues, I think it s a price worth paying. As a 46-year-old, I can attest that age is no barrier to being fit, in fact, age is irrelevant, it s just a number!

What are the newer bodybuilding trends globally that are yet to catch on in India?

A year ago, I would have said that fitness modelling was yet to catch on in India, but there has been a phenomenal change in the last year our own fitness model search competition, Fit factor, has seen a rise in entries from 34 in 2014 to almost 600 in 2015! Interestingly, many more women are getting involved in fitness modelling in India which reflects the global picture of ladies using weights in the gym.

There are two areas which I predict will grow in awareness over the next twelve months firstly, the importance of good nutrition is going to be much more a part of people's lifestyles. The awareness of one s own diet is critical to overall health and fitness. Secondly, evidence-based fitness will become more key as those interested in being healthier and fitter ask the question why am I doing this particular training programme, where is the evidence to support that it s right?

Are so-called fitness experts in India actually experts? Most gyms have unqualified trainers who try to sell bodybuilding supplements at an inflated rate. How do you plan to create more awareness about this?

BodyPower is addressing the need, as are many of our supporting partners and exhibitors. We are delivering quality education at regional and national levels with the BodyPower tour and our online resource of free training material, advice and support.

For more articles on Fitness, visit our Fitness section. For daily free health tips, sign up for our newsletter.