At which point does a surrogate mother relinquish her right over her baby? Expressing its annoyance with the health ministry s recently proposed draft of the Assisted Reproductive Technologies (ART)

Tags: In the news  Surrogacy

At which point does a surrogate mother relinquish her right over her baby? Expressing its annoyance with the health ministry s recently proposed draft of the Assisted Reproductive Technologies (ART) Bill, the Planning Commission has taken up with it the question of whether a surrogate mother does not have the right to breastfeed a baby after she delivers her. Also Read - Ganesh Chaturthi 2020: 4 reasons an eco-friendly Ganesha is good for you

The long-awaited draft ART (Regulation) Bill and Rules 2010 says a surrogate mother will have to relinquish all parental rights over the child. ‘In surrogacy, there is no breastfeeding as the couples usually do not want the child to bond with the surrogate mother after the delivery. But what happens to the rights of the mother thereafter? How are we going to reconcile with such questions?’ asked commission member Sayeda Hameed. ‘What happens to the Janini Suraksha Yojna (JSY)? What about the Indira Gandhi Matritva Sahyog Yojana (IGMSY)?’ Also Read - Breastfeeding a surrogate baby: Here's what a gynaecologist wants you to know

Both these government schemes aim at providing benefits to pregnant women. While the JSY is a safe motherhood intervention under the National Rural Health Mission to reduce maternal and neo-natal mortality by promoting institutional delivery among poor pregnant women, the IGMSY is a conditional cash transfer scheme for pregnant and lactating women.

The Planning Commission has raised dozens of questions over what it claims are a mother s rights. ‘The health ministry should not be in a hurry to pass something that is so sensitive,’ contends Hameed.

The commission had asked that an expert committee discuss the issue at length, but nothing was done in this regard, reveals Hameed. Once passed, the bill is expected to regulate the multi-million dollar surrogate mother industry in the country.

It will monitor the unregulated sector of ART clinics which offer infertility solutions to couples at huge costs, prevent commercialisation of surrogacy, and safeguard the rights of surrogate mothers and children.

A senior health ministry official claims that he had not heard of any demand for an expert committee by the Planning Commission. He clarifies that even if a cabinet note on the draft bill has been sent to different ministries, it will be passed only after all bodies concerned give their nod to it. ‘We have circulated the note and are waiting for comments.

We will formulate our opinion thereafter.’ He adds the ministry plans to introduce the bill in the winter session of Parliament.

While official statistics on the number of surrogacy cases arranged in India are not available, anecdotal evidence suggest a sharp increase. According to Delhi-based resource group SAMA, reproductive tourism in India alone is valued at over $450 million a year and was forecast by the Indian Council for Medical Research to be a six-billion-dollar-a-year market in 2008. Reports in 2011 pegged the market at over Rs2,000 crore. (Also read: Need better laws to protect surrogate mothers)

In India, commercial surrogacy is usually portrayed as a ‘win-win’ situation to give ‘desperate and infertile’ parents the child they want and poor women the money they need.

But, factors such as lack of regulation, lower costs when compared with countries like the UK and US, less waiting time, the possibility of close monitoring of surrogates by the commissioning couples, the availability of a large pool of women willing to be surrogates, and infrastructure and medical expertise on par with international standards have created a conducive environment for the industry s expansion.

Also read: A surrogate mother who was in the business opens up about its ups and downs 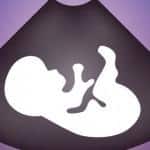 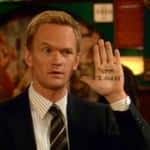 New and more stringent surrogacy laws to be brought about 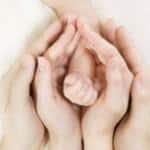 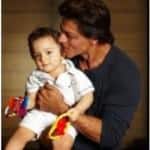