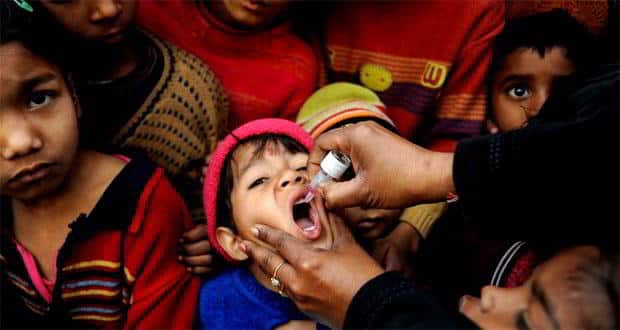 A team of doctors from World Health Organisation (WHO) descended upon Baruipur district hospital in South 24-Parganas to conduct more tests on the 18-month-old girl, who was admitted with symptoms resembling polio. If the child has polio it will be the first official case of the disease in 12 months.

These developments could be really embarrassing for the powers-that-be considering only two weeks ago India was declared a polio-free country and taken off the polio endemic list by WHO. The mother of the child had mentioned earlier that several children in her locality had exhibited similar symptoms. The child had been administered polio vaccines as part of pulse polio campaign. Dr Dipankar Mukherjee, regional coordinator of WHO, East India, said the case did not seem to be of polio as there was no weakness in the girl's limb.

However, the stool samples have been sent to Polio Laboratory in Kolkata for a detailed inspection. Based on first impressions medical professionals feel that is she is suffering from a disease called acute flaccid paralysis (AFP). AFP is an ailment characterized by weakness or paralysis with reduced muscle tone, without any obvious physical reasons like trauma,etc. Polio is one of the many causes of AFP. Last year, around 4,000 cases of acute flaccid paralysis were reported from the eastern part of the country.

In a related development, UNICEF claimed that there were rumours of a polio case being reported from Cooch Behar. However, no such case has been detected till now. According to UNICEF, any child who suddenly develops floppiness or paralysis in any part of the body should be investigated thoroughly as part of the polio surveillance drive. These cases are called AFP. Polio can be one of the many causes of paralysis. In 2011, as many as 60,782 children with paralysis were investigated. Only one tested positive for polio in Howrah district.