Home / Health News / WHO must back tobacco harm-reduction strategies at CoP7: experts

WHO must back tobacco harm-reduction strategies at CoP7: experts

The seventh Conference of the Parties (CoP7) of the WHO’s Framework Convention on Tobacco Control (FCTC) — the world’s first public health treaty — kicked off here Monday with a coalition of experts seeking a focus on policy for new nicotine products like e-cigarettes. The FCTC entered into force in 2005 and establishes requirements and recommendations for reducing demand-supply of tobacco products to reduce preventable diseases and premature death caused by tobacco use. As many as 180 countries are now parties to the convention. Slated to run till November 12, CoP7 is expected to play a crucial role in shaping global policy in the field of tobacco harm reduction. Ahead of the conference, a coalition of top tobacco harm-reduction experts warned that one in two life-long smokers will die prematurely from a smoking-related disease . The coalition, established to provide balanced, evidence-based information on harm reduction, observed that if current smoking patterns and trends continue, a billion people might die from smoking-related diseases in the 21st century . Despite the availability of smoking-cessation medications, many smokers do not want to try them. Of those who use them, the majority either fail or relapse within a year, the coalition pointed out in a Mission Statement. Also Read - Indian COVID-19 Variants To Be Called 'Kappa' And 'Delta': WHO Announces

It explains how public health experts have recommended that smokers be encouraged… to switch completely to less harmful substitutes . The World Health Organization (WHO) has identified harm-reduction strategies as a core principle of tobacco control, and recently stated: If the great majority of tobacco smokers who are unable or unwilling to quit would switch… to using an alternative source of nicotine with lower health risks… this would represent a significant contemporary public health benefit. According to the Mission Statement, there are new technologies that comply with this principle. One such is the electronic cigarette — or, as WHO calls it, Electronic Nicotine Delivery Systems, ENDS — which delivers nicotine without burning tobacco. The vapor from e-cigarettes and personal vaporisers contains very low levels of potentially-harmful chemicals . According to the experts, Public Health England recently concluded vaping is at least 95 per cent safer than smoking and acknowledged that e-cigarettes can be an effective aid to quitting smoking. The experts said they support government policies that seek to remove barriers to the availability of better, safer, non-combustible nicotine delivery products, with appropriate quality standards and regulations . (Read: Union health minister calls for prevention of tobacco use among children and teenagers) Also Read - WHO Chief: Don't let your guard down, the pandemic is a 'long way from over'

They added that disproportionate restrictions — regulation of e-cigarettes as medical products, restrictions similar to tobacco cigarettes, advertising bans — will make such products expensive and create misconceptions that they are as harmful as smoking. The coalition called such measures counter-productive . The Tobacco Harm Reduction Expert Group includes Konstantinos E. Farsalinos of the Onassis Cardiac Surgery Center in Athens; Prof. Riccardo Polosa of the Institute for Internal and Emergency Medicine, University of Catania; Christopher Russell of the Centre for Substance Use Research, Glasgow; Amir Ullah Khan, member of the Telangana government’s Commission of Inquiry on Socioeconomic Conditions; Julian Morris, Vice President of Research at Reason Foundation; and Prof. Rajesh N. Sharan of the Department of Biochemistry, North-Eastern Hill University. (Read: Pictorial health warnings can force people to reduce tobacco use) 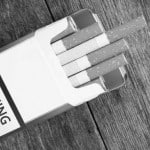 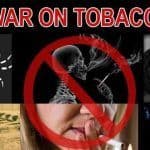 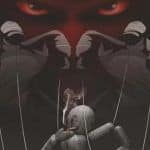 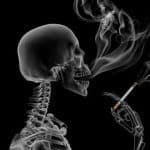