World Health Organisation (WHO) Director General Margaret Chan on Wednesday slammed the tobacco industry for 'sabotaging' the vote on a strong European law on tobacco.

Tags: In the news  Tobacco  WHO

World Health Organisation (WHO) Director General Margaret Chan on Wednesday slammed the tobacco industry for ‘sabotaging’ the vote on a strong European law on tobacco. Also Read - WHO chief self quarantines after coming in contact with COVID-19 infected person

‘Unfortunately, many countries give more importance to tobacco as an issue for trade and commerce than as a severe threat to health,’ Chan said, while addressing a gathering at the International Conference on Public Health Priorities in the 21st Century in New Delhi. Also Read - This is how smoking, tobacco use make you more vulnerable to COVID-19

The WHO chief said the tobacco industry ruthlessly exploits this appeal to commercial interests. ‘The most recent example concerns efforts on the part of Philip Morris (tobacco major) to sabotage the vote on a stronger European directive on tobacco,’ she said.

The law calls for having larger pictorial warnings on the cigarette packets and banning all tobacco products with flavours like menthol, among others. (Also read: WHO wants tobacco advertising banned)

She said lobbyists have been deployed to delay or block passage of the new directive until the European Council presidency moves to Greece, where the company has opened a huge hub for the production and distribution of cigarettes throughout Europe.

The vote on the stringent tobacco law in Europe has been put off till Oct 8.

Putting off the crucial vote is being seen as a victory to the tobacco industry.

Any further delay could affect the passage of the directive, as the presidency of the European Council passes to Greece in January. Greece is opposed to tobacco control.

According to the 2012 Global Progress Report on Implementation of the WHO Framework Convention on Tobacco Control (FCTC) , 83 countries introduced a comprehensive ban on all tobacco advertising, promotion and sponsorship. Currently, tobacco kills nearly six million people every year and the WHO estimated that the weed will kill more than eight million by 2030. Read on to find out how you re being manipulated by tobacco companies. 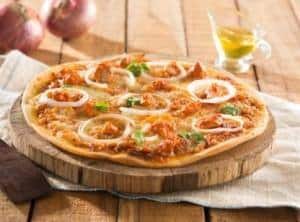