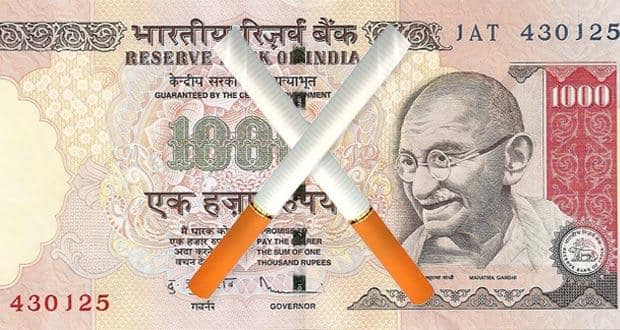 Geneva, Feb 26 (PTI) The World Health Organisation today lauded India’s tobacco control mechanisms, calling the country a “champion” for curbing “tobacco marketing in films”. “India is a champion from the point of view in controlling tobacco marketing in films. You even have the case of Woody Allen who did not want his film released due to a regulation. “They have been very relevant in the?region to strengthen the cooperation on tobacco control,” said Dr Vera Luiza da Costa e Silva, head of Convention Secretariat of WHO Framework Convention on Tobacco Control (FCTC). Read: Quit smoking without giving it up completely.Taking note of the “important progress” made by India in curbing the menace, Silva announced that the next conference of the convention will be held in the Asian country. The Indian government had last year announced that cigarette packets would have to stamp health warnings across 85 per cent of the surface and plans on raising the age of tobacco sale to 21 as well as ban the use of loose cigarettes. “Smoking or using tobacco is no longer seen as a socially acceptable behaviour; it has been denormalised. However, the more we are advancing, the more aggressive the tobacco industry is becoming. Trade has no ethics,” she said on the occasion of the 10th anniversary of FCTC. Read: The icky 3s How they can make you get back to smoking. Also Read - 'Casual' smokers may also have nicotine addiction: Home remedies to help you quit smoking

According to the WHO Global Tobacco Control Report 2013, smokeless tobacco consumption- including chewing products such as gutkha, zarda, paan masala and khaini is culturally more common as a form of tobacco use than cigarette smoking in India. For smokeless tobacco among adults, 32.9 per cent of males and 18.4 per cent females are the current users, the report said. International Tobacco Control Project (ITCP) has estimated a death toll of 1.5 million a year in India by 2020 with the current rate of tobacco use. There are 6 million deaths globally each year due to tobacco use, WHO said.Since the coming in of the WHO convention 80 per cent of the countries have strengthened their tobacco control legislations and the cost of a packet of cigarettes has, on an average, increased by 150 per cent, Silva said. The Convention was the first international treaty negotiated under the WHO auspices and has 180 parties covering 90 per cent of the world population. India ratified the Convention in 2004. Also Read - Smoking cigarettes can worsen ‘severity of COVID-19 infection’

Swine Flu in Gujarat: State alone has 4000 positive, 181 cases registered in a day