‘Women want men who do the washing up. That would be one of the key fantasies. The book touches on something women think they might want. But actually what they want is to read it, not to live it,’ the 48-year-old British author said. Also Read - 5 unusual female erogenous zones that you didn't know about

'Dolphin therapy' is most effective in treating autism 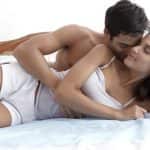 How long should a quickie last? 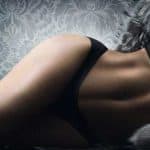 5 unusual female erogenous zones that you didn't know about

Sex tip #160: Use sweet torture to build up anticipation