Home / Health News / What if biochemical weapons were used in India like Syria?

What if biochemical weapons were used in India like Syria?

Alarmed at the use of chemical weapons in Syria, the National Disaster Management Authority has published guidelines to avert biological disasters including bio warfare and bio terrorism after consult 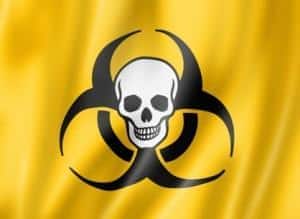 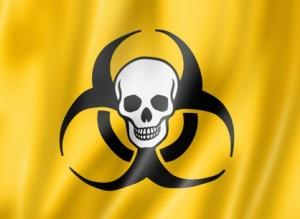 Alarmed at the use of chemical weapons in Syria, the National Disaster Management Authority has published guidelines to avert biological disasters including bio warfare and bio terrorism after consulting the Ministry of Health and Home Affairs. They look to identify bio warfare/ bio terrorism agents, characteristics of these agents, epidemiological clues to identify the outbreak of disease caused by them and also help identify, prevent and treat such threats. Also Read - Ganesh Chaturthi 2020: 4 reasons an eco-friendly Ganesha is good for you

Mr Azad told the Rajya Sabha that regular workshops are conducted by ICMR at the National Institute of Virology, Pune to raise awareness about biosecruity and relevant training is given to prevent such incidents. Of course, none of that can be truly tested until India’s actually attacked by bio-chemical weapons. Also Read - 7 reasons why the #BeefBan is good

The chemical weapon allegedly used in Syria was a nerve agent called Sarin – a nerve agent that was outlawed by the Chemicals Weapon Convention in 1993 and is classified as a weapon of mass destruction. Sarin is a man-made nerve gas that was originally developed as a pesticide in Germany in 1938. It is chemically similar to a class of pesticides known as organophosphates. Also  known as GB, is part of a class of chemical weapons called G-series nerve agents that were developed during World War Two and were named for the German scientists who synthesized them. Other agents in the class include tabun, soman and cyclosarin. At room temperature, G-series nerve agents are volatile liquids, with sarin being the most volatile. Also Read - Proper nutrition policy can alleviate deaths associated with diet in India

Sarin is a clear, colourless and tasteless liquid that has no odour in its pure form. It is made up of four common chemical compounds: dimethyl methylphosphonate, phosphorus trichloride, sodium fluoride and alcohol.Exposure usually occur when the liquid form comes in contact with the skin or the agent is released as a vapour.

When has it been used before?

Sarin and other nerve agents may have been used in chemical warfare during the Iran-Iraq war in the 1980s. The Japanese cult Aum Shinrikyo used sarin in two attacks in Japan. In 1994, the group released sarin gas in Matsumoto in central Japan, in a failed attempt to kill three judges. In that attack, the group used a refrigerator truck to release the nerve agent and a wind dispersed the gas in a residential neighbourhood. Eight people were killed and hundreds were hospitalized. The next year, the same group carried six newspaper-wrapped packages on to five subway trains, poked them with umbrella tips, releasing sarin. In that attack, 12 commuters were killed and more than 5,000 were injured.

How does it kill?

Sarin acts primarily by interfering with the neurotransmitter acetylcholine, which acts as an off switch for glands and muscles. Blocking that switch results in over-stimulation of muscles. The extent of poisoning depends on how much chemical a person was exposed to and for how long. Exposure to sarin vapours can trigger symptoms within a few seconds; exposure to liquid sarin can take a few minutes to as much as 18 hours to cause symptoms.

Large doses of sarin can cause loss of consciousness, convulsions, paralysis and respiratory failure and death. Low doses can cause a range of symptoms, from a runny nose and watery eyes, to drooling, excessive sweating, nausea and vomiting. Because sarin evaporates quickly, it presents an immediate but short-lived threat. According to biosecurity expert Sean Kaufman of Emory University’s Center for Public Health Preparedness and Research, its ability to disperse quickly makes it hard to trace, but sarin does leave remnants in the area where it was used.

Extremely difficult to prove its use

The use of sarin is extremely difficult to prove, said Charles Blair, a terrorism expert at the Federation of American Scientists and a columnist for the Bulletin of the Atomic Scientists. To get good evidence that sarin was used, investigators need soil, blood or hair samples directly from the area of attack or its victims, he said. Weapons inspectors reinforce that view.

According to the Organization for the Prohibition of Chemical Weapons, which works on inspections with the United Nations, inspectors will only determine whether banned chemical agents were used if they can gain access to sites and take soil, blood, urine or tissue samples and examine them in certified laboratories.

Syria in July acknowledged for the first time that it had chemical and biological weapons, saying they could be used if the country faced foreign intervention. It said earlier this year it would not use chemical arms against its own citizens, or even against Israel. Since the early 1980s, Syria has made efforts to acquire and maintain an arsenal of chemical weapons following defeats in wars against Israel in 1967, 1973 and 1982 and the Jewish state’s development of nuclear weapons. Syria is one of seven countries that have not joined the 1997 convention banning chemical weapons.

Western countries believe it has stockpiles of undeclared mustard gas, sarin and VX nerve agents. According to Global Security, which collects published intelligence reports and other data, there are four suspected chemical weapons sites in Syria – one just north of Damascus; the second near the industrial city of Homs; the third in Hama, believed to be producing VX agents in addition to sarin and tabun; and a fourth near the Mediterranean port of Latakia. 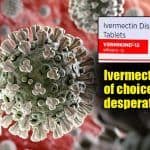 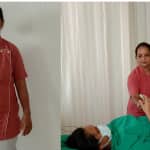 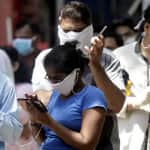