Was weight loss drug DNP responsible for Indian student’s death in the UK?

Bodybuilding drugs seem to be in the news for all the wrong reasons. A few days ago, it emerged that well-known double amputee Oscar Pistorius aka Blade Runner might have been on steroids and they mig

Bodybuilding drugs seem to be in the news for all the wrong reasons. A few days ago, it emerged that well-known double amputee Oscar Pistorius aka Blade Runner might have been on steroids and they might have been responsible for his murderous rage. Now an 18 year-old Indian student has died in the UK after apparently taking lethal weight loss pills that are popular among bodybuilders to get rid of extra fat. Also Read - Diet pill acts as an imaginary meal, tricking body into losing weight

Also Read - Obesity pill -- a reality in the near future?

Sarmad Alladin, the student who s from Hyderabad was taken to the hospital hours after taking a tablet which contained the drug DNP, which has been linked to deaths before as well. The student was an avid bodybuilder and had even posted pictures of his muscles online. He was taken to hospital just hours after praising the fat-burning tablets called DNP on Facebook. An acquaintance told The Sun, He wasn’t the type to put something like that into his body, so clearly they’re misleading. I’ve cried so much since he died. His parents have flown to the UK and right now the death is being treated as unexplained. The university officials have asked all students to avoid similar drugs and there s some fear that these pills are circulating on campus. Officials asked students to stop using the aforementioned drugs immediately. The drug DNP is mostly sold over the internet under a variety of different names but usually the chemical composition is 2, 4 Dinitrophenol. Also Read - Beliviq - new US FDA approved anti-obesity drug not a miracle pill

The drug pill was initially used in diet pills from 1933 to 1938 in the US. However, they were discontinued after that period after reports emerged that too much of it could prove to be lethal for humans and it was deemed too risky for human use though its mechanism of action is still under investigation as a potential way to end obesity. Despite its harmful side-effects, they continue to be used by athletes and bodybuilders before competitions to lose fat quickly, particularly before bodybuilding competitions. 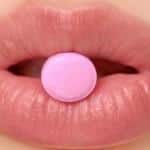 Obesity pill -- a reality in the near future?