Was depression to blame for Jiah Khan’s suicide?

Ram Gopal Varma, who gave Britain-born actress Nafisa alias Jiah Khan a Bollywood launchpad with 2007 film Nishabd , is shocked and choked over the news of her death. He says she was depres

Ram Gopal Varma, who gave Britain-born actress Nafisa alias Jiah Khan a Bollywood launchpad with 2007 film Nishabd , is shocked and choked over the news of her death. He says she was depressed about her career, and scared about her future as she had no work the past three years. The last time I met her, Jiah told me that everyone around her makes her feel like a failure, Varma posted on his Twitter page, after hearing the news that the 25-year-old had committed suicide at her Juhu home here around midnight. Also Read - Compulsive Buying Disorder: Recognise The Symptoms When Shopping Becomes An Addiction

Inspite of being highly appreciated in ‘Nishabd’ and being a part of hugely successful ‘Ghajini’ and ‘Housefull’, she had no work for the last three years. I don’t know the reason what led to this, but Jiah was very depressed about her career and scared for her future, he added. Varma said that he had never ever seen a debutant actress with more spunk and more spirit than Jiah when I was directing her in ‘Nishabd’. Also Read - The real reason behind Amitabh Bachchan's vaccine hesitancy revealed

Nishabd required Jiah to face the camera with a thespian like Amitabh Bachchan in an unusual love story between a 18-year-old and 60-year-old. And she did it with confidence.

The movie was controversial and not very well-received at the box office, but it made the industry sit up and take notice of the then 19-year-old girl Jiah, who left a lasting impression with her act of a free-spirited soul. So young and so pretty, recalls Varma, adding: Just can’t believe that someone as young and so full of life is just dead. No matter what her problem was, I just so wish she applied her on screen philosophy of ‘Nishabd’ to her own life which is to ‘Take Lite’.

Sadness is part of the life without which happiness would have no meaning. To feel sad during major life crises like the death of a loved one, losing a job or the ending of a relationship is normal. Depression on the other hand is a condition where there is prolonged sadness and an individual s mood isn t tied to life events. While healthy individuals have moods related to life events, people suffering from depression suffer from disproportionate amount of sadness and guilt. It is a serious medical condition in which the symptoms make it difficult for the person to function in society, often leads to poor physical health and severe emotional pain. Read more...

World Environment Day 2013: Has Agra lost the battle to pollution?

Dharmendra claims drinking destroyed him as an actor 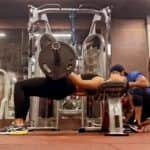 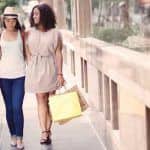