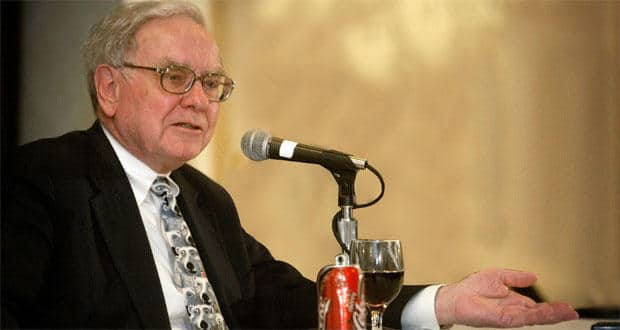 Recently, business magnate Warren Buffett, the world's third richest man and well known philanthropist revealed that he was going to begin a two month treatment for prostate cancer. The treatment will begin in mid-July. He has stage 1 prostate cancer and according to doctors the early diagnosis will help him. In Buffett's own words, his condition 'is not remotely life-threatening or even debilitating in any meaningful way'.

Interestingly this news came a day after the US Senate vetoed the 'Buffett rule', a tax on millionaires which was inspired by an editorial Buffet wrote last year. This came after Buffett claimed that he paid only 19% tax as opposed to his employees 33%. Interestingly he is also a vocal opponent of Obamacare (the term used to describe Obama's proposed healthcare scheme) though he supports its aim to expand health insurance coverage.

According to doctors, Buffett had a good prognosis. Medicos are of the opinion that he faces a good chance of survival even at this late age. Any man diagnosed with stage 1 prostate cancer "has an excellent long-term prognosis," said Jonathan Wright, a urological oncologist at the University of Washington and the Seattle Cancer Care Alliance. "The cancer is in a very curable stage."

Buffett's radiation therapy is standard care for cancer. Because the beam is extremely focussed, there are minimal side effects, the most serious side effects being mild fatigue and/or poor urinary and bowel functioning, albeit temporarily. "Those dissipate quickly," said a doctor. "A patient is usually able to work while receiving radiation treatment."

According to the American Cancer Society, one out of six American men will get prostate cancer but it will kill only about 13% of those patients. Some doctors even questioned why Buffett was receiving treatment, given his age and since 'active surveillance' is often an option.

Buffett is not the first CEO to be diagnosed with prostate cancer though. AIG CEO Bob Benmosche is another fellow sufferer. Benmosche was diagnosed with an undisclosed cancer 18 months ago and continues to run the AIG while undergoing treatment.

This diagnosis hasn't made a dent on Buffett's high-flying lifestyle and he was spotted having dinner with friends one day after the diagnosis. This is a perfect example, that being diagnosed with cancer is not the end of the world. In fact most cancer facts are blown out of proportion.

Click here to find out if you're likely to get cancer