A team of researchers has found that a daily bout of exercise can help us cancel out the health risks of a sedentary lifestyle. 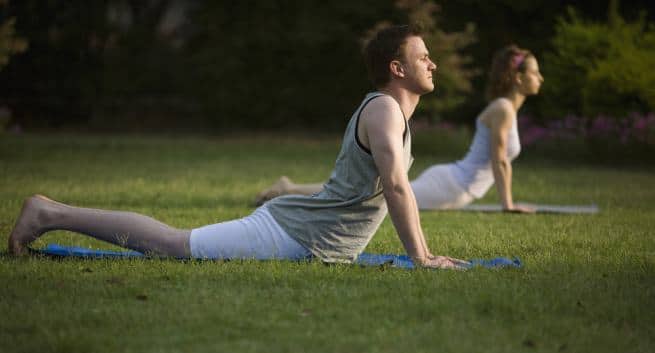 Couch potato-ness is the new smoking, we are being told and now, a team of researchers has found that a daily bout of exercise can help us cancel out the health risks of a sedentary lifestyle. Being physically active may offset some of the deleterious consequences of spending large amounts of time not being active, the University of Leicester paper revealed. The study further emphasised the importance of physical activity in the promotion and maintenance of health. In contrast, people described as couch potatoes are putting their health at risk by spending too much time sat down and not exercising, the paper said. Low sedentary (sitting) time in the absence of physical activity is associated with higher HDL (good) cholesterol levels. (Read: 11 ways exercise can make you more beautiful) Also Read - Good news for lazy people: Being a couch potato may actually be good for your brain

The researchers used data from the 2008 Health Survey to paint a nationally representative sample of English adults. Lead researcher Dr Thomas Yates concluded that in comparison to adults, who are physically inactive with high sedentary time, those who are physically active have a more desirable health profile across multiple cardiometabolic markers even when combined with high sedentary time. In contrast, low sedentary time in the absence of physical activity is associated with higher HDL-cholesterol levels. However, Yates added, given the observational design, the relative magnitude of effect of physical activity and sedentary behaviour on health needs further examination through experimental or intervention level research. Researcher Kishan Bakrania added the research shows that people who spend large amounts of time not moving either through work, leisure or lifestyle can counteract some of the negative effects of sedentary behaviour by regularly exercising. The study appears in journal BMC Public Health. (Read: Sitting for more than three hours a day is responsible for 4% deaths worldwide) Also Read - Stay active to live longer: Best fitness games that can make exercise more fun

Did you know know diabetes damages blood vessels? 1 in 10 Indians do not know this!